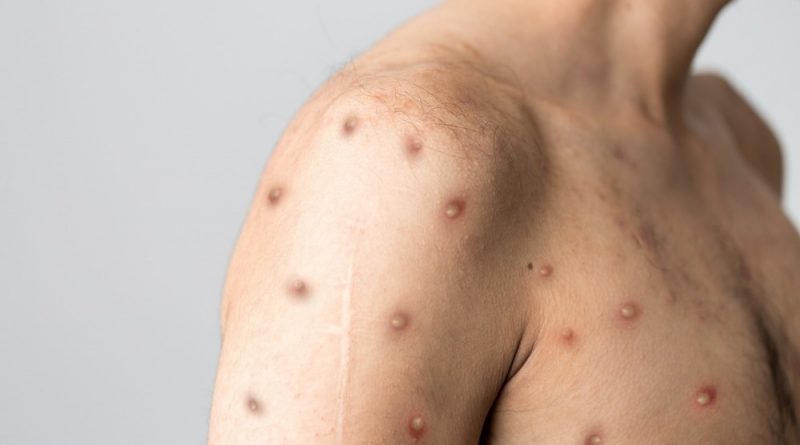 In a recent study published in Morbidity and Mortality Weekly Report, researchers investigated the prevalence of human immunodeficiency virus (HIV), and other recent sexually transmitted infection (STI) diagnoses among persons with monkeypox.

The current outbreak of monkeypox, caused by the monkeypox virus belonging to the same family of viruses as the smallpox virus, has a high incidence rate among persons who are gay and bisexual and other men who have sex with men (MSM).

Previous outbreaks of the disease in Nigeria showed associations between HIV infections and poor clinical outcomes during concurrent monkeypox infections. This highlights the need to understand the association of HIV and other STIs with the clinical outcomes of monkeypox so that public health decisions regarding vaccination and treatment can prioritize the high-risk groups.

The present study used surveillance data for HIV, monkeypox, and other STIs from eight jurisdictions of the United States to analyze and correlate HIV infection and STI diagnoses within the preceding year to individuals with monkeypox infections. The data were also used to assess the severity of monkeypox cases related to HIV infection status.

The prevalence of HIV infections among persons diagnosed with monkeypox was calculated. The HIV surveillance data was also used to determine the patient's HIV care status, antiretroviral therapy use, the time of diagnosis, and the most recent CD4 count, which indicates the strength of the immune system.

The STI surveillance data were analyzed to record diagnoses of chlamydia, syphilis, and gonorrhea within the last 12 months in persons with monkeypox infection. The symptoms and clinical outcomes of monkeypox in the infected persons were also correlated with the HIV infection status.

The incidence of hospitalization with monkeypox was higher among persons with HIV infection (8%) compared to persons without HIV (3%). Among the monkeypox patients with diagnosed HIV infections, 82% showed indications of viral suppression, 92% had received HIV care in the previous year, and 78% showed CD4 counts of 350 per microliter or higher.

The prevalence of HIV in monkeypox patients varied according to demographic factors. Individuals between 18 and 24 had a lower HIV incidence than those aged 55 or above. Race and ethnicity were also factors in varying the prevalence of HIV among monkeypox patients. African American MSM had the highest prevalence (63%), followed by Hispanic persons (41%), non-Hispanic White persons (28%), and non-Hispanic Asians (22%).

Additionally, some monkeypox symptoms, such as rectal pain and bleeding, tenesmus, proctitis, and bloody stools, were reported more by patients with HIV infection than those without HIV. Unsuppressed HIV load in monkeypox patients was also associated with symptoms such as lymphadenopathy, pruritis, rectal bleeding, and bloody stools. Low CD4 levels (<350 per microliter) in monkeypox patients with concurrent HIV infection were linked to a higher incidence of fever and generalized pruritis.

Furthermore, while the national estimate of eligible people who received a prescription for HIV pre-exposure prophylaxis (PrEP) was 25%, the authors report that almost two third of the monkeypox patients without HIV coinfection reported HIV PrEP use.

Overall, the study indicates a prevalence of HIV infections and recently diagnosed STIs among individuals with monkeypox infections. The prevalence of monkeypox also appears to be higher among MSM, who have higher HIV and STI infection incidences than the general population. Moreover, HIV coinfection in monkeypox patients also shows a higher incidence rate among African American MSM, Hispanic MSM, and MSM older than 55.

In conclusion, the results suggest that the transmittance of monkeypox might be linked to persons with HIV infection, indicating the importance of prioritizing monkeypox vaccination for individuals with diagnosed HIV infection and STIs. The authors recommend routine HIV and STI screening and improved access to HIV care and PrEP for persons evaluated for monkeypox. Regular surveillance and matching of monkeypox cases with HIV and STI diagnoses can help establish effective public health measures and interventions against monkeypox.

Chinta Sidharthan is a writer based in Bangalore, India. Her academic background is in evolutionary biology and genetics, and she has extensive experience in scientific research, teaching, science writing, and herpetology. Chinta holds a Ph.D. in evolutionary biology from the Indian Institute of Science and is passionate about science education, writing, animals, wildlife, and conservation. For her doctoral research, she explored the origins and diversification of blindsnakes in India, as a part of which she did extensive fieldwork in the jungles of southern India. She has received the Canadian Governor General’s bronze medal and Bangalore University gold medal for academic excellence and published her research in high-impact journals.