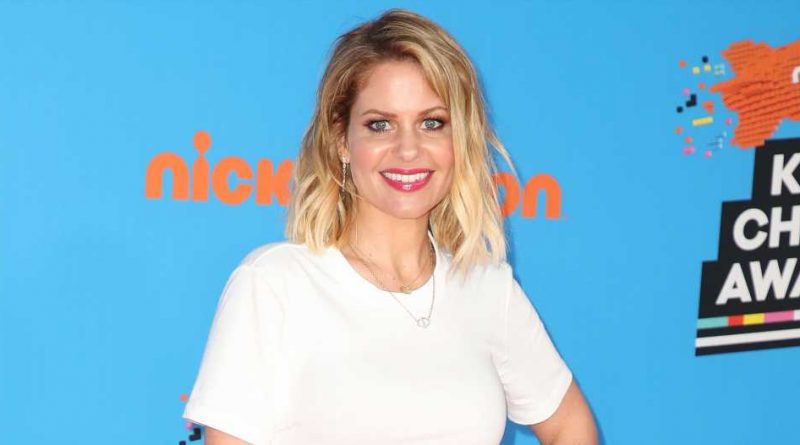 Hot mama! Candace Cameron Bure has no regrets when it comes to opening up about her sex life with husband Valeri Bure.

“I’ve always been an open person when it comes to all that stuff,” the Fuller House alum, 44, told Entertainment Tonight on Tuesday, November 24. “I’ve never publicly said it, but all my friends know that and my kids know that and obviously my husband knows that.”

Cameron Bure, who wed the former NHL player, 46, in June 1996, noted that staying “married for a long time” is not easy, so she makes sure to celebrate every aspect of their relationship whenever she can.

“We’re often, in the press, hearing of the stories that don’t work out and marriages that fail, so I was like, ‘Hey, sex at the top when you’re married, let’s celebrate it, let’s have fun and flirt,’ and that’s it,” she said.

The actress made headlines in September when she shared a photo via Instagram of Bure cupping her breast while standing behind her on a bridge.

“For all of the Christians that are questioning my post with my husband’s hand on my boob — my husband of 24 years — thinking it was inappropriate, it makes me laugh because it’s my husband,” she clapped back on her Instagram Stories at the time. “We have so much fun together. He can touch me anytime he wants, and I hope he does. That is what a healthy, good marriage and relationship is all about.”

Earlier this month, Cameron Bure explained to Us Weekly exclusively that her and the retired athlete’s 20-year-old son, Lev, took the picture after they had lunch together.

“[We saw] that cute little bridge. I thought, ‘Oh, honey. Let’s take a picture together.’ And after, you know, 10 photos, he put his hand there. It was the last picture we took,” she said. “When we looked through, we both laughed and we were like, ‘That one’s so funny. Let’s post it.’ And then it blew up on the internet.”

Days later, the Hallmark Channel star — who also shares daughter Natasha, 22, and son Maksim, 18, with Bure — called sex “the blessing of marriage” during an appearance on the “Confessions of a Crappy Christian” podcast.

“I hate when Christians are like, no, you have to pretend like you’ve never had sex, and we only know that you’ve had sex three times because you’ve had three children,” she said. “If we are to promise ourselves for one another and preach saving yourself for marriage, then sex needs to be celebrated within marriage.”