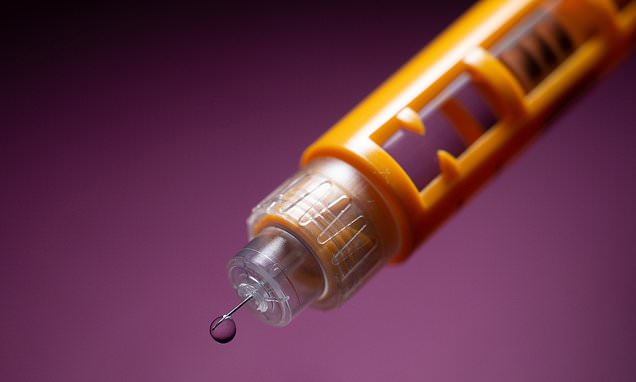 Britons with severe asthma to get ‘life-changing’ DIY jab that ‘turns off’ attacks, reducing risk by 70%

Britons with severe asthma could benefit from a ‘life-changing’ jab that can reduce the risk of attacks by up to 70 per cent.

The at-home injector pen contains a drug called tezepelumab – which blocks a key chemical that triggers attacks – and is more effective than current treatments.

Insiders have told The Mail on Sunday that the treatment is due to be approved by the National Institute for Health and Care Excellence (NICE) later this year following ‘dramatic’ trial results.

The move follows recent approval by the European Medicines Agency for its use across Europe. 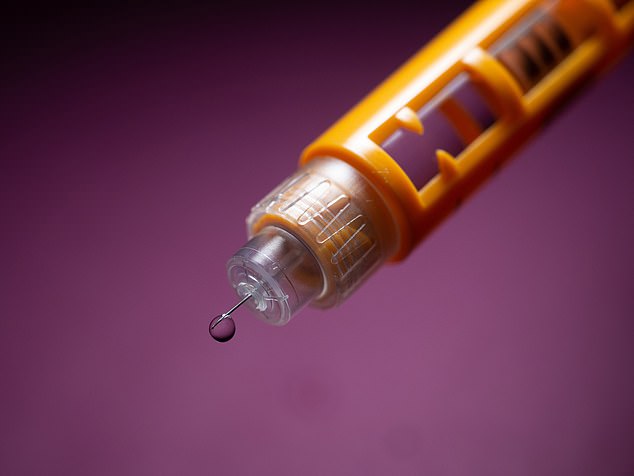 BREATHE EASY: Tezepelumab pens, which can reduce the risk of severe asthma attacks by up to 70 per cent, could be in use by August

Doctors have spoken of ‘remarkable’ transformations following a course of the drug, which also causes far fewer side effects compared with potent steroid inhalers.

One young sufferer completed a mountain biking marathon after the jab having previously been unable to exercise at all.

Another patient, who had recently been hospitalised several times with asthma attacks, said the drug had ‘given me my life back’.

Roughly eight million Britons suffer with asthma. It develops when the breathing tubes that carry air in and out of the lungs become inflamed and narrow. For most, mild breathing trouble happens only occasionally and is usually triggered by allergies or exercise.

The majority control their symptoms with inhalers. Sufferers are prescribed two types: one, containing steroids, to prevent attacks and another to relieve symptoms when an attack occurs. But around 200,000 asthmatics have a severe form of the disease.

They are usually reliant on stronger medicines including steroids, which come with a plethora of side effects including weight gain, nose bleeds and chest infections, often requiring hospital admissions.

Dr Ian Pavord, Professor of Respiratory Medicine at the University of Oxford, who has led trials of the new drug, says: ‘I used to see my job as managing an orderly decline. Our only option was steroid tablets which was pretty depressing.

‘After a few months, patients would start to get side effects which were often worse than the disease. But we had no choice, we had to keep people alive.’

But over the last decade, a new class of drug, called monoclonal antibodies, has offered hope to these patients.

Monoclonal antibodies are delivered as an injection or infusion, and block specific proteins released by the immune system that worsen lung inflammation.

As they are a more targeted solution, they involve fewer side effects and complications – but the current generation of monoclonal antibodies tend not to work so well in patients who have had asthma since childhood because, in some, inflammation is triggered by an over-reaction of the immune system, which is more complicated to stop.

However, tezepelumab is highly effective in all patients, studies have shown. 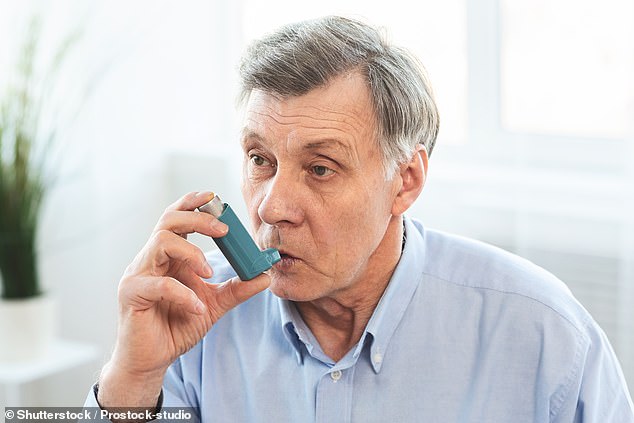 Roughly eight million Britons suffer with asthma. It develops when the breathing tubes that carry air in and out of the lungs become inflamed and narrow (stock photo)

It works by blocking a chemical, released by the lining of the airway, which triggers a cascade of proteins that drive inflammation. ‘It’s a bit like switching the lights off at the mains, or turning off the water supply,’ says Prof Pavord.

‘Turning off this chemical has a much broader effect on dampening the inflammatory response.’

‘You get more bang for your buck with this drug,’ he adds.

‘We can help a wider variety of patients and it has a more dramatic effect than other, similar drugs.

‘We think we can achieve remission from the disease in at least one in three patients with this drug – possibly many more.’

In 2021, a major trial involving 1,000 international patients found that injecting the drug once a month for a year slashed asthma attacks by 71 per cent.

Professor Pavord recalls that several patients on his clinical trial were ‘unrecognisable’ after taking tezepelumab for a year.

‘One was a 28-year-old woman who struggled to breathe at night and had gained five stone over the previous few years because of the steroids,’ he says.

‘Suddenly, she’d dropped the extra weight and was able to breathe fine – even at night.

‘She was able to run around after her three young children without getting breathless, and that was the most important thing to her.

‘Another patient had been confined to a wheelchair and relied on an oxygen cylinder pretty much daily to breathe.

‘After the trial, he no longer needed it. We expect the NICE approval to come in August.

‘It will be exciting to see the effect on patients in clinic.’