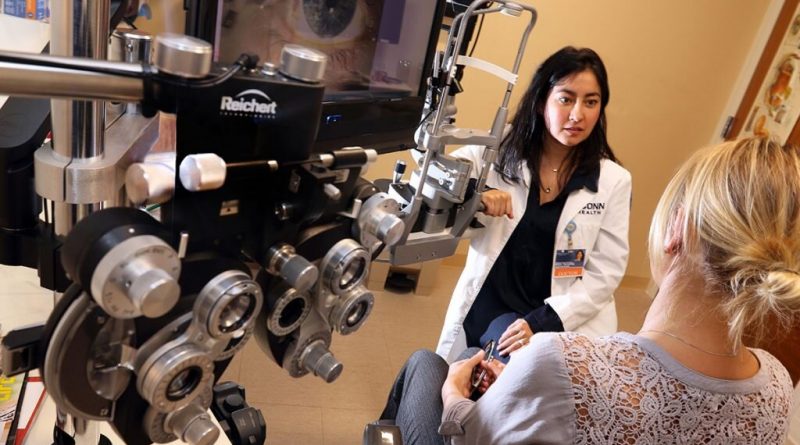 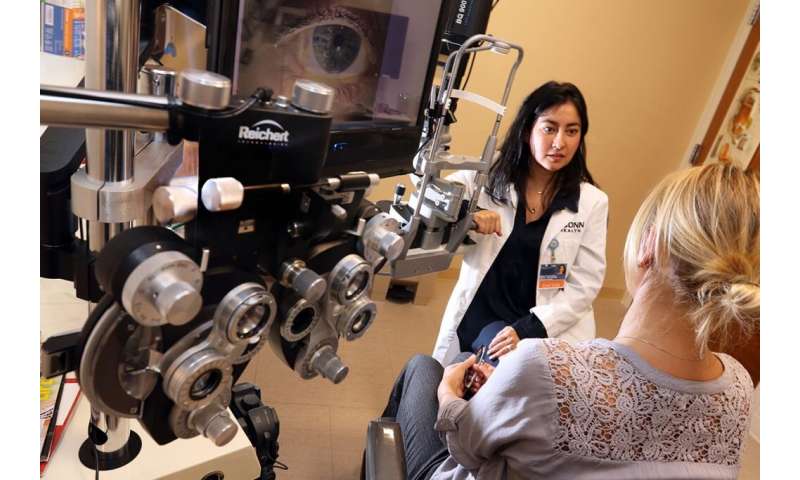 For those with severe inflammation from thyroid eye disease, the treatment options historically are limited and often require surgical removal of some of the bones or fat in the eye socket.

That is, until earlier this year, when a new medication became available.

Graves’ disease is an autoimmune disorder that is the most common cause of overproduction of thyroid hormone, or hyperthyroidism. Nearly half of those with Graves’ disease develop some form of what’s known as thyroid eye disease. Inflammation and tissue enlargement in the orbits, or eye sockets, can cause the eyes to protrude or push forward, double vision, and swelling and compression stress on the optic nerve. In severe cases it can lead to vision loss.

“It appears that in patients with hyperthyroidism, an elevated level of thyroid auto antibodies stimulates an inflammatory cascade within the orbit,” Falcone says. “This in turn, through a series of complex steps, precipitates expansion of the muscles and the fat around the eye.”

The FDA approved the first drug for the treatment of thyroid eye disease, teprotumumab, earlier this year, sold under the trade name Tepezza.

“Simply put, Tepezza binds to specialized receptors in the tissues of the eye socket and blocks them, thereby decreasing the inflammation in the orbit,” Falcone says.

Teprotumumab is administered by intravenous infusion every three weeks for 24 weeks. It has shown in clinical trials to continue to be effective for a year after the therapy. Before it became available, the options to treat potentially vision-threatening thyroid eye disease were limited to a series of complex steps involving multiple specialties.

“You would treat patients with oral or IV steroids and offer them orbital decompression surgery, where the bones of the orbit are removed in order to make more space for the tissue within the orbit and relieve the pressure within the compartment,” Falcone says. “After orbital surgery, I would evaluate the patient continuously and offer them surgery for realigning the eyes if needed, and then I would offer them eyelid surgery to reposition the eyelids if needed.”

The conditions aren’t always right for teprotumumab, as it takes time for the drug to work, and the insurance approval process could take several weeks. Dire cases don’t have that kind of time.

“If somebody is actively losing vision because of their thyroid disease, they’re receiving IV steroid infusions or oral steroids to help calm down the inflammation, and they’re going to be operated on within a week,” Falcone says. “I’m trying to get them into the OR immediately because I want to try to give them some chance of not going blind.”