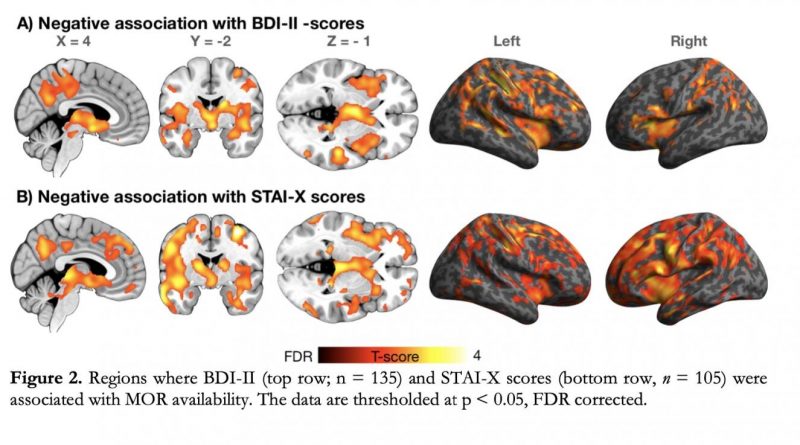 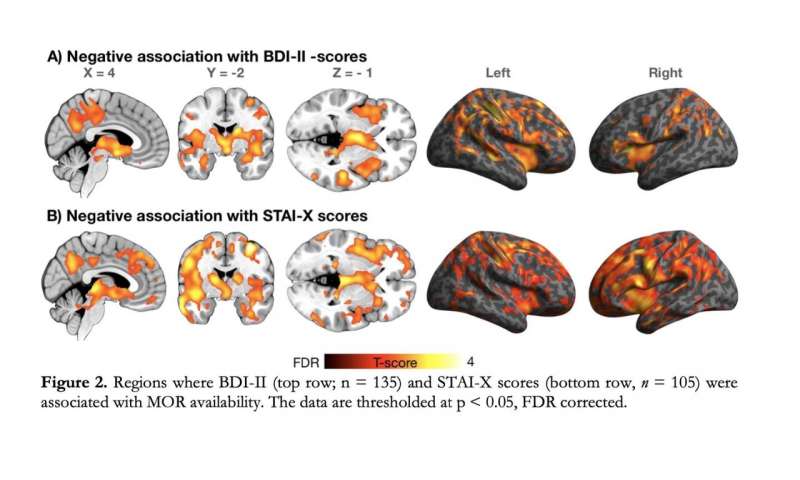 Researchers of the national Turku PET Centre have shown that the opioid system in the brain is connected to mood changes associated with depression and anxiety.

Depression and anxiety are typically associated with lowered mood and decreased experience of pleasure. Opioids regulate the feelings of pain and pleasure in the brain. The new study conducted in Turku shows that the symptoms associated with depression and anxiety are connected to changes in the brain’s opioid system already in healthy individuals.

“We found that the more depressive and anxious symptoms the subjects had, the less opioid receptors there were in their brain. These receptors function like small ‘docks’ that are influenced by both the brains own opioids as well as opiates. These type of opioid-mediated mood changes can be an important mechanism in the central nervous system,” says Professor Lauri Nummenmaa from the University of Turku.

“These results show that the mood changes indicating depression can be detected in the brain already early on. Both the brain’s own opioids and synthetic opiate-based drugs regulate mood. Based on the results, drugs that have an effect on the opioid system can help in the treatment of depression,” adds Nummenmaa.

The study was conducted with Positron Emission Tomography (PET) and altogether 135 volunteers participated as subjects. A small dose of radioactive tracer binding to the brain’s opioid receptors was injected in their circulation. The decay of the tracers was measured with a PET camera, whereas the depressive and anxious symptoms of the subjects were measured with questionnaires.