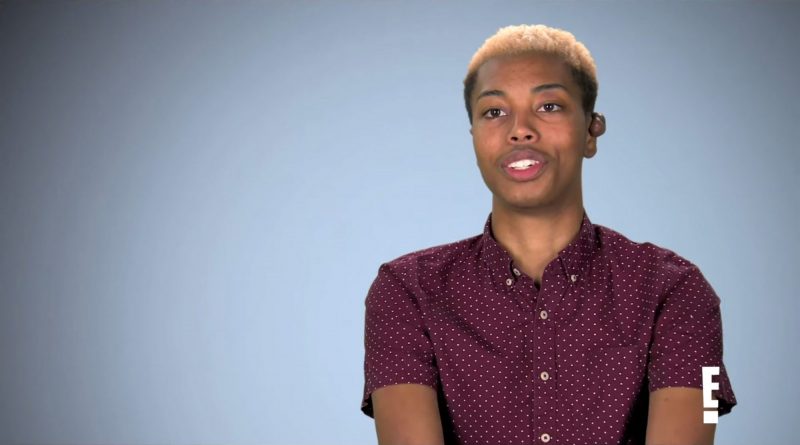 Ever since her son Andre was born, Malika Jones, a single mother, has blamed herself for the large growth on his ear.

Andre was born with microtia, a birth defect where the outer ear does not fully develop during pregnancy.

“It was a unique situation when he was born,” Malika tells Drs. Nassif and Dubrow on the season premiere of Botched in this exclusive clip. “There’s something wrong with his ear, and I’m like, is it something I did, because I work at a pharmacy? Was it a medicine I was probably exposed to before?”

Andre was able to get surgery to remove the growth at age 5, a painful operation that required taking cartilage from his ribs, but soon after, he developed a keloid — overgrowth of scar tissue — in the same spot. Andre, now 20, and Malika are hoping that the Botched doctors can find a solution.

Nassif explains that keloids are tough to fix.

“In simple terms, a keloid is overgrowth of scar tissue, and when you just cut it off, your body says hey, there’s still a wound here, and keeps growing,” he says. “So it’s very hard to excise and not have it grow back again.” The growth had bothered Malika, but Andre was resistant to getting another surgery on his ear after the first one, to remove the microtia, was so painful.

“He was like, ‘Mom, I don’t want any more surgeries,’ ” she says. “But now, as you can see, it’s like literally growing over his ear, to where it’s covering some of his ear.”

“I can tell this bothers you just as much as it bothers him,” Nassif tells her.

“Definitely. No matter how much people say that they don’t look at the outside, they do, and they judge you by that,” Malika says.

Andre says that his mom has always helped him love himself, despite his ear problems, but wants to see if there’s something the Botched doctors can do.

“My mom, she is a single mother. We have a very close relationship. She was always encouraging me to make the most out of a bad situation,” Andre says. “I know that it’s straining for her to maybe go through another procedure again with the same results. If Dr. Nassif can’t fix this, I’m just going to have to live with it for the rest of my life.”

"Andre is a great young man who came to us with an extremely large keloid on his left ear," Nassif says. "As with any keloid there’s always the chance that it may come back. We had a real challenge removing it and trying to prevent any regrowth and hope that Andre was able to live a more normal life after our help."