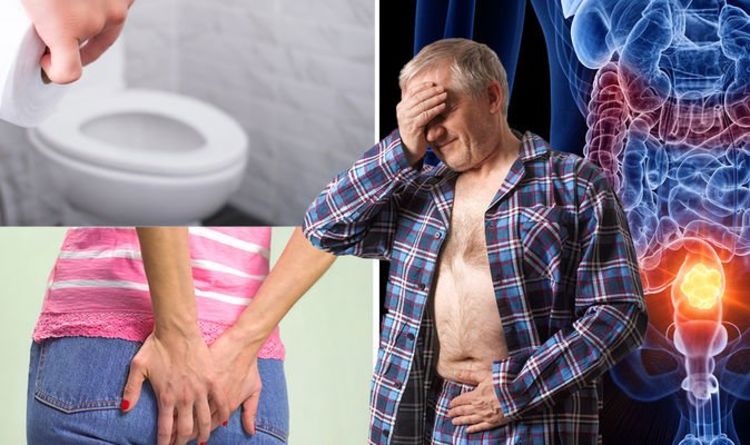 Bowel cancer is a general term for cancerous cells that multiply uncontrollably in the large bowel (colon and rectum). If it’s detected early enough, treatment can cure bowel cancer and stop it coming back. Unfortunately, because the symptoms of bowel cancer can be subtle and do not necessarily make you feel ill, it is not usually picked up until it has advanced.

Survival outcomes greatly depend on which part of your bowel is affected and how far the cancer has spread, however, so it is vital that you heed any symptoms as soon as they appear.

The most common symptoms of bowel cancer relate to change of bowel habits.

“There may be increasing constipation, or perhaps alternating bouts of constipation and diarrhoea,” explains the NHS.

There may be blood or mucus in the stools or a feeling that you haven’t completely emptied your bowels if the tumour is in the rectum, the health body says. 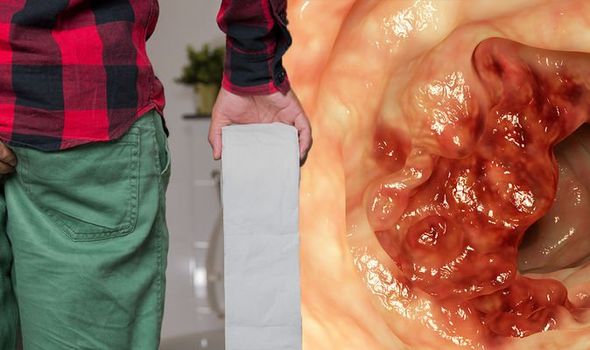 “This can be uncomfortable and you may constantly feel the urge to go to the toilet,” the health site says.

It recommends seeing your GP if you have one or more of the symptoms of bowel cancer, and they persist for more than four weeks.

How is bowel cancer treated?

According to Mayo Clinic, treatment for bowel cancer usually involves surgery to remove the cancer.

Other treatments, such as radiation therapy and chemotherapy, might also be recommended.

Your risk of developing bowel (colon and rectal) cancer depends on many things including age, genetics and lifestyle factors.

Many studies have shown that eating lots of red and processed meat increases the risk of bowel cancer.

According to Cancer Research UK, it is estimated that around 13 out of 100 bowel cancer cases in the UK are linked to eating these meats.

Processed meat is any meat that has been treated to preserve it and/or add flavour – for example, bacon, salami, sausages, canned meat, or chicken nuggets. And a portion is about two sausages or three slices of ham. 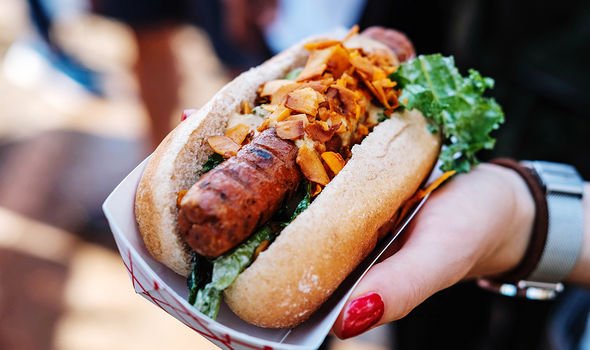 The government recommends that people eating more than 90 grams of red and processed meat a day should reduce it to 70 grams or less.

Obesity is a cause of bowel cancer – it is estimated that 11 out of 100 bowel cancers in the UK are linked to being overweight or obese, reports Cancer Research UK.

Obesity means being very overweight with a body mass index (BMI) of 30 or higher. 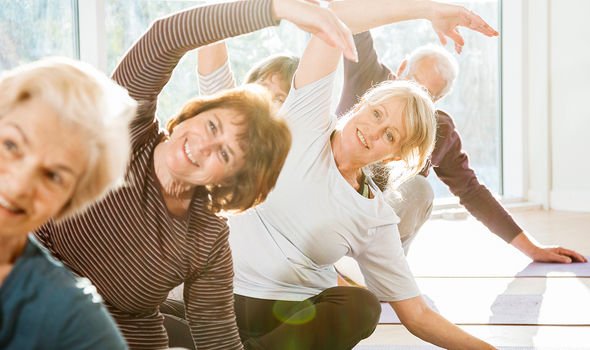 “The risk of bowel cancer is higher in people who are obese compared to those who have a healthy BMI,” warns Cancer Research UK.

Try to keep a healthy weight by being physically active and eating a healthy, balanced diet.

A strong body of evidence shows that people who are more physically active have a lower risk of bowel cancer.

Other risk factors include: