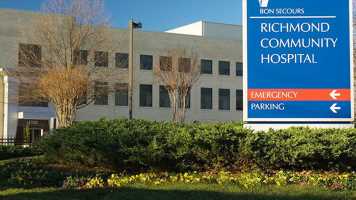 WHY IT MATTERS
In addition to the strategic investment, Bon Secours Mercy Health CEO John Starcher will join Lirio’s board, according to the Cincinnati-based health system, which has more than 1,000 care sites across seven U.S. states and in Ireland.

“By effectively utilizing large volumes of population health data, we can activate consumers by guiding them with personalized, data-driven health journeys,” he explained.

These programs will be aimed at changing healthcare habits for those patients at risk for chronic diseases such as diabetes and hypertension.

The aim is to eventually market commercially to other health systems worldwide.

In the shorter term, Bon Secours Mercy Health will license Lirio’s existing behavior change programs, such as patient engagement technologies aimed at women’s health, for it own patients.

THE LARGER TREND
Bon Secours Mercy Health, the fifth-largest Catholic health system and one of the 20 largest systems in the U.S., has a reputation for patient safety, and as an early adopter of health IT.

Lirio’s efforts on the patient engagement and behavior change front are also expanding. In addition to the new partnership with Bon Secours Mercy, the company also announced this month that it has launched a new research laboratory, the Behavioral Reinforcement Learning Lab, or BReLL, and hired John Seely Brown, longtime researcher into the human impact of digital technologies, as scientific advisor.

ON THE RECORD
“Together with Lirio, Bon Secours Mercy Health is leveraging leading edge technology to continuously learn from our patients, families and community members, which will allow us to translate that learning into personalized health programs and communications that empower individuals to make healthy decisions and take healthy actions,” said Dr. Justin McGoldrick, chief clinical research and innovation officer at Bon Secours Mercy Health, in a statement.

Healthcare IT News is a publication of HIMSS Media.