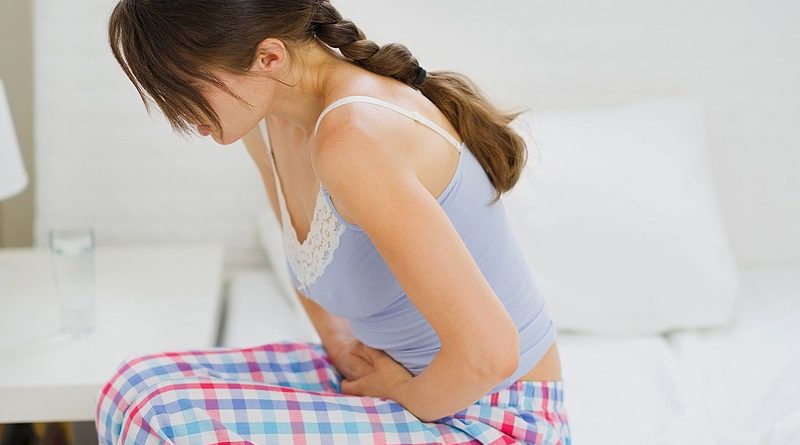 The precise cause of irritable bowel syndrome (IBS) remains a mystery. A novel new hypothesis suggests that IBS could result from the body’s inability to manage gravity.

“We live our entire life in it, are shaped by it, yet hardly notice its ever-present influence on our body. Every fiber of our body is affected by gravity every day, including our gastrointestinal tract,” said Spiegel.

The abdominal contents are like a sack of heavy potatoes that we’re destined to carry around for our entire lives. To meet this demand, our body evolved to support the abdominal load with a set of mechanisms that hoist the viscera against gravity in an upright posture, Spiegel explained.

A failure of these mechanisms could lead a host of problems, including motility problems or bacterial overgrowth in the gut and symptoms of IBS.

Spiegel’s gravity hypothesis, however, goes beyond the gastrointestinal (GI) tract.

“Our nervous system has evolved its own ways of managing gravity, and how gut feelings arise when our nervous system detects gravity challenges, like getting ‘butterflies’ when falling on a roller coaster or in a turbulent airplane,” Spiegel said.

“Even our neuropsychological orientation to gravity is found in our language, like when people talk about feeling down in the dumps, feeling low, can’t get out of bed. These are directional metaphors that we use that refer to the fact that there is something about getting pulled down that’s obviously negative,” he noted.

Spiegel said his gravity theory of IBS draws from “extensive literature to build a hypothesis that IBS may result from ineffective anatomical, physiological, and neuropsychological gravity-management systems designed to optimize GI form and function, protect body integrity, and maximize survival in a gravity-bound world.”

He acknowledged that it’s “a big ask” to get people to consider a unifying theory of anything. “But when we dig down deep, it’s not terribly controversial to me to suggest that our health has something to do with gravity. How could it not?” he said.

Spiegel also thinks this line of thinking has clinical implications.

“While we can’t change gravity, we can change our relationship to gravity in different ways,” he said.

“For starters, we can bolster our body to manage gravity better, through losing weight, exercise, and strengthening the anti-gravity extensor muscles along the back, which supports the spine, which is the chassis that holds up the whole body and includes maintaining the shape of the abdominal cavity,” Spiegel said.

The reason physical therapy and exercise are effective for IBS could be because these interventions strengthen the GI support systems, he said.

Before Spiegel “got up the courage” to submit his paper, he sent it to leading IBS researchers in the United States to get their honest opinion, he said.

“To my surprise, they wrote back and said this makes sense. And a few said this could have implications for other diseases,” he told Medscape Medical News.

Some of his patients with IBS have told him how the paper resonates and the specific ways they have noticed the impact of gravity and related air pressure on their IBS symptoms.

Some have reported that their symptoms get better when they scuba dive but worsen when they get out of the ocean; others said they feel much better up in the mountains vs at sea level; another said doing a headstand during yoga eases their GI symptoms.

“These may just be anecdotes, but they’re really striking,” Spiegel said.

His theory is not meant to replace any of the many existing theories of IBS, Spiegel emphasized. Rather, it’s an attempt to pull together the different theories under a single, potentially unifying explanation.

His paper includes a list of research projects that might help explore the gravity theory of IBS.

“It may be that none of this ends up being true, or bits and pieces of it are kind of true,” Spiegel said.

Spiegel has given researchers an “intriguing and interesting thought experiment and kind of a challenge to go out there and determine whether or not this hypothesis may actually be true,” Millie Long, MD, co-editor-in-chief of the American Journal of Gastroenterology, said in a podcast.

Long, a gastroenterologist and professor at the University of North Carolina School of Medicine, encouraged listeners to “dig deep into this hypothesis.”

The gravity hypothesis is provocative, “but the best thing about it is that it is testable,” Shelly Lu, MD, director of the Division of Digestive and Liver Diseases at Cedars-Sinai, said in a news release issued by the medical center.

“If proved correct, it is a major paradigm shift in the way we think about IBS and possibly treatment as well,” said Lu.

Also weighing in, Brian Lacy, MD, PhD, a gastroenterologist with the Mayo Clinic in Jacksonville, Florida, noted that “our understanding of the etiopathophysiology of IBS has evolved over the past 50 years.”

“Once thought to be a psychiatric disorder (“nervous colitis”) or a disorder simply of gut spasms (“spastic colitis”), we now understand that symptoms of IBS develop for a multitude of reasons, including alterations in the gut microbiome, changes in gut sensation and motility, and modulation of the brain-gut axis, to name just a few,” Lacy told Medscape Medical News.

“Dr Spiegel’s intriguing manuscript opens the door for us to think about IBS in a completely different way,” said Lacy.

“His novel hypothesis is a superb challenge to researchers and clinicians who can directly test his theory with a number of intriguing experiments. The results of these experiments may completely change the treatment paradigm for IBS patients,” Lacy added.

This research had no financial support. Spiegel and Lacy report no relevant financial relationships.