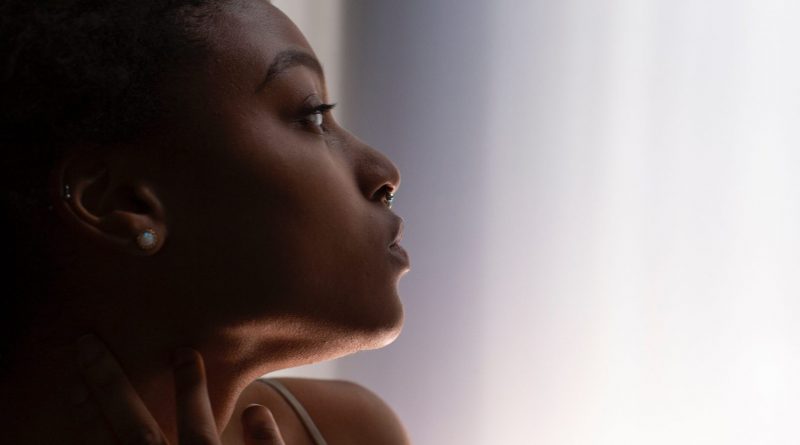 Black women are almost twice as likely to experience a stillbirth as white women, yet it’s rare we hear Black women speak out about their loss. Here, one woman shares her story of miscarrying her child at 18 weeks.

Each year in mid-October the UK marks Baby Loss Awareness Week to help drive improvements in policy, bereavement care and support for anyone affected by the death of a baby, but the truth is baby loss affects women in the UK every day, 365 days a year.

Led by Sands (the stillbirth & neonatal death charity), the Baby Loss Awareness Alliance is a collaboration of more than 90 charities working together to break the taboo of speaking up about baby loss.

According to the NHS, most miscarriages happen at the start of pregnancy with more than than 80% of miscarriages occurring within the first 12 weeks. There are many reasons why a miscarriage may happen, although in most cases it’s difficult to know for sure what caused it – but the majority are not caused by anything the mother has done.

It is thought that most miscarriages are caused by abnormal chromosomes in the baby. If a baby has too many or not enough chromosomes, it will not develop properly, and the pregnancy will end. For most women, a miscarriage is a one-off event and they go on to have a successful pregnancy in the future.

The overall probability of a pregnancy ending in miscarriage in the UK is 25% at four weeks gestation (gestation is defined as the time between conception and birth), 5% at eight weeks, 1.7% at 12 weeks and 0.5% at 16 weeks.

Among women who know they’re pregnant, it’s estimated about one in eight pregnancies will end in miscarriage. Losing three or more pregnancies in a row (recurrent miscarriages) is uncommon and only affects around one in 100 women.

Although miscarriage can happen to any women, up to now, the overwhelming majority of first-person experiences about baby loss online and in print are stories of the experiences of white women. This is despite the fact that research published by Queen Mary University in July 2019 found Black women are almost twice as likely to experience a stillbirth as white women.

Nana-Adwoa Mbeutcha, 34, is a radio broadcasting professional. She is married and has four small children. Her youngest is seven months old and is the Mbeutcha’s ‘rainbow baby’ (the term for a child born to a family who have previously lost a child due to miscarriage, stillbirth or death during infancy). The couple experienced a miscarriage at 18 weeks in September 2018. This is her account…

I’d gone to the clinic for a pretty non-complicated routine check-up and I had all my kids with me. This was my fourth pregnancy and I’ve never lost any babies before.

They were looking for the heartbeat and it was taking a while. And I was starting to get a little bit anxious. The midwife was trying to reassure me. She got another midwife to come and try, but they still couldn’t find it. They said, ‘Would you like to come back next week?’ Or would you like to go to the hospital for a scan?’ So, I opted for the scan at the hospital.

At the hospital, they did the scan. And the doctor just said to me, ‘Sorry, there’s no heartbeat’. I was devastated. A nurse just came in from nowhere and whisked the children away to go and do some colouring in.

I had no idea what happens when you have a miscarriage, let alone at 18 weeks when you actually have to be induced, and go through labour and deliver the baby in the same way you would a baby of 40 weeks.

I just cried and cried at the thought of having to go through contractions and push out a baby that has already died. But all the hospital staff were very good at explaining to me what was going to happen next.

They booked me in to induce the labour a couple of days later. They gave me some induction medication and my husband got Nando’s delivered to the hospital while we waited for labour to start.

My husband was in my hospital room with me and we spent some time chatting and praying. During the middle of the night I felt my contractions start. The baby came quite quickly, after an hour or so, and she came out still in the amniotic sac.

It was just really peaceful and the lights were dimmed. The staff were just wonderful. I don’t know, I just thought I would be a mess, a complete and utter mess. But actually, I was quite calm.

The hospital staff looked after my baby like she was alive. The way they held her, clothed her, and put a little hat and blanket on her while I watched was beautiful. Then they prepare her memorial handprints and footprints.

Grieving can be a complicated process for anyone and in the Black community, especially in my Ghanaian culture where the notion of publicly announcing your pregnancy is frowned upon. Women can often be made to feel that a miscarriage or stillbirth was their fault because you told too many people about your pregnancy.

Directly after our loss I went on autopilot and just tried to just continue as normal. I spent a lot of time praying and talking to God about it. My husband, on the other hand, tried, as I think men often do, to bottle it up and be the strong one.

He was hurting so much that he actually became suicidal. But it has only been during lockdown that I found out how badly he had been affected by the ordeal. I think everyone thought I was the one who needed help, but he needed to talk to somebody so badly.

He has since been able to share his experience through the Dope Black Dads network and is encouraging others to speak up.

As a couple, we’re now in a very good place. And as a family as well, I feel like we’ve dealt with it very well. Her presence has always been around in our home, through various things that you see as you look around the house. And we’ve always been very open to talking about it – my daughter talks about her like she’s here with us.

I said when it happened, if I’m ever given the opportunity, I will talk about it because I think people need to hear about baby loss and to try and get rid of the taboos surrounding it, so that we can help other Black parents to talk more openly, and also trust some of the support services that are out there. We tend not to bother with counsellors and have therapy and things like that. Particularly if it’s not a Black counsellor. So our work is to try to help Sands andother organisations to be more culturally sensitive. And make it clear that Black bereaved parents are welcome to come and receive support should they need it.

Dope Black Mums is a space for Black mums to discuss, support and laugh with other women through shared experiences. This year, the collective has partnered with baby loss charity Sands to help provide Black bereaved parents with safe spaces where they can share their experiences and receive support. For more information on baby loss, visit Sands, nct.org.uk or see the nhs.uk. If you are dealing with loss or grief you can contact mental health charity Mind or you can call The Samaritans free at any time on 166 123. For more ways to get in touch with The Samaritans see here.