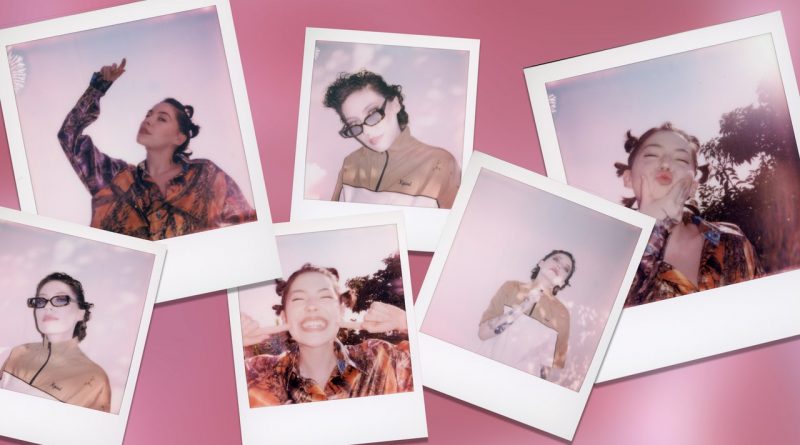 The story of singer/songwriter Bishop Briggs doesn't start in a recording studio, on a red carpet, or even on the internet. It starts in a karaoke bar. In Japan. While growing up in Tokyo, Briggs recalls going to one every time there was something to celebrate. "If it was a friend's birthday or you got a good grade, you would go to the karaoke bar, and that was really where I first got introduced to performing," she recalls to Allure. "My dad would get up and sing Frank Sinatra and I just saw this light and joy in his eyes — I really have been chasing that feeling. It represented freedom of some kind."

Briggs's life is a whirlwind of music discovery from that point on. She devoured the sounds of Motown artists like Aretha Franklin, Etta James, and Otis Redding. Thanks to them, she rapidly learned how to use songwriting "as therapy" and honed her powerful, smoky voice into that of a hit indie-pop singer. If you don't recognize Briggs by name, you'll definitely recognize that voice from her song "River," which became the soundtrack to a viral meme earlier this year.

The power-pop ballad with twangy guitars and big bass drums has become an anthem of sorts to TikTok users (overwhelmingly women), who've created a saucy chair dance to perform along to the song as a surprise for their romantic partners. If you've been around TikTok, you know it isn't always a good thing for your song to go viral there — but Briggs couldn't be happier with the way the app's users have decided to use her voice and lyrics.

"It's just so surreal. My goal as an artist is for others to feel empowered," she says. "And the fact that ["River"] represents owning your sexuality and owning who you are — that is the cherry on top."

The singer's sultry, unapologetic music is the perfect match for her look: a fair complexion, dark feathered eyebrows, and big blue-green eyes that are almost always framed with sharp black eyeliner wings. Her other defining feature is undoubtedly her hair, which she's worn in a buzz cut since 2018. Briggs originally shaved her long, black hair as a sign of solidarity for a close friend who was diagnosed with breast cancer, and she ended up keeping it that way for the following two years. She's growing it out right now, but the experience has changed her whole outlook on beauty.

"I was always trying to fit into this box that didn't make me feel like myself, so when I shaved my head, it made me feel more in touch with myself in a different way," she recalls. "It was really the first time that I leaned into something that didn't go towards societal standards… and I just felt super empowered."

Briggs has infused all of these life experiences and more into her latest single "Higher," a song about moving on from a breakup. "I was just existing in my heartache and wanted to be in that position where I had learned all the lessons and was high-fiving people and giving advice, but I wasn't there yet; I was just waiting for the glow-up," she says. "I put together a song that really represented all those things. I'm stronger, I am feeling more free, and I'm actually grateful for the experience."

If Briggs has one big takeaway from writing this song, it's that you can recover from hardship — you just have to ride some stuff out first. "I hope that just by listening to 'Higher' that people feel as though they're manifesting a new existence," she says. "I did that for myself just by writing it and being like, 'Wow, this is my goal.' That's something to look forward to, whether or not it actually happens."