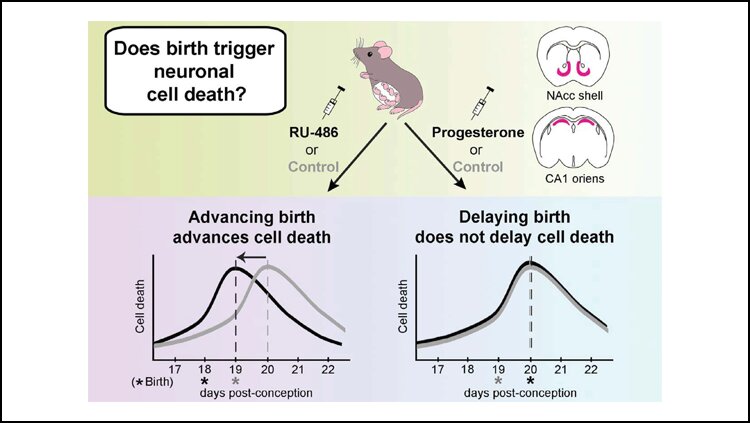 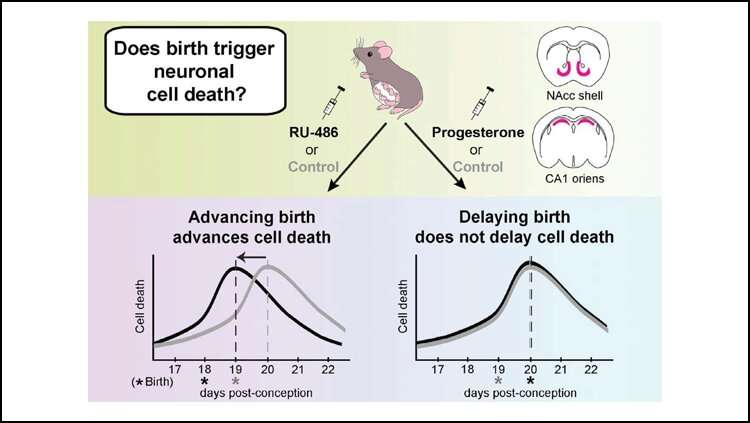 Moving birth a day early triggers an early start to widespread neuron death, according to new research in mice published in eNeuro.

Right before and after birth, about half of the neurons in the developing brain die. Scientists have known about this normal process for half a century, but no one knows what controls it. Is it an external signal like birth, or an innate developmental mechanism?

Castillo-Ruiz et al. induced labor a day early or pushed birth a day late in mice—still within the healthy time frame- and monitored how the change affected neuron death. By focusing on brain regions that experience extreme cell death soon after birth, the researchers could detect the effects of small changes in birth timing.