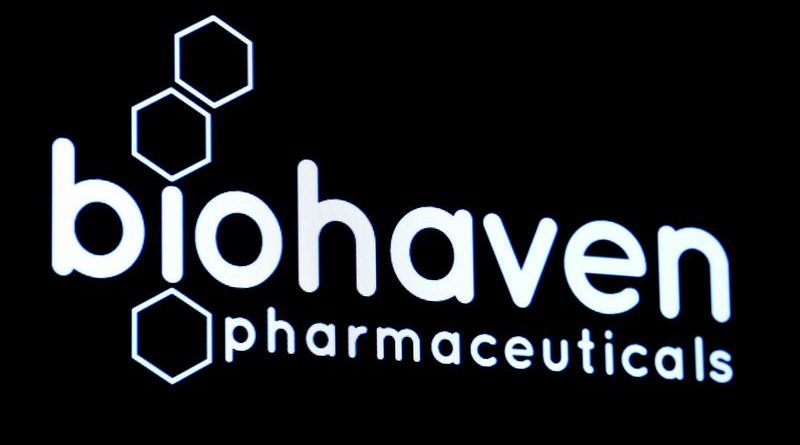 Health News
09/27/2021 BIOHAVEN, Conte, Pharma, study, US
FILE PHOTO: The logo for Biohaven Pharmaceutical Holding Company is displayed on a screen during the company’s IPO on the floor of the New York Stock Exchange (NYSE) in New York, U.S., May 4, 2017. REUTERS/Brendan McDermid

Currently, there are no therapies that target the underlying disease for MSA, a degenerative disorder that affects body’s involuntary functions such as blood pressure and breathing, the drugmaker said.

MSA shares many Parkinson’s disease-like symptoms, such as slow movement and poor balance and can eventually lead to death, according to the Mayo Clinic mayoclinic.org/diseases-conditions/multiple-system-atrophy/symptoms-causes/syc-20356153.

Additional analyses are still pending and full-study results will be presented at an upcoming scientific meeting, the company said.