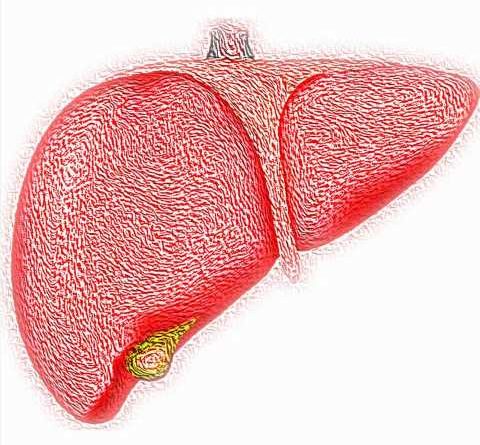 Approximately 170,000 people die every year in Europe from the direct consequences of advanced chronic liver disease (cirrhosis). In Austria, cirrhosis of the liver is usually due to a fatty liver resulting from excessive alcohol consumption or overeating and/or poor diet and—thanks to effective antiviral therapies—less common due to viral hepatitis.

Chronic liver damage leads to scarring (fibrosis) of the liver tissue, which can ultimately lead to increased blood pressure in the vascular system of the gastrointestinal tract (i.e. portal hypertension).

Portal hypertension can result in serious complications such as ascites and variceal bleeding. A paper recently published by Thomas Reiberger’s research group at MedUni Vienna has already shown that increasing severity of portal hypertension is paralleled by inflammatory reactions in the body (systemic inflammation). Pronounced systemic inflammation may ultimately trigger the development of serious complications, such as acute-on-chronic liver failure.

For many years, beta-blockers have been used as a standard drug treatment but only 50% to 60% of patients achieve a clinically relevant reduction in portal vein pressure. It is therefore necessary to assess the hemodynamic response invasively by means of hepatic vein catheterisation. Over the last few years, beta-blocker therapy and the invasive technique of hemodynamic measurements have been continuously optimized in the Vienna Hepatic Haemodynamic Laboratory at the Division of Gastroenterology and Hepatology of the Department of Medicine III of MedUni Vienna and Vienna General Hospital. Head of the Vienna Hepatic Haemodynamic Laboratory, Thomas Reiberger, explains: “We use portal pressure measurements to ensure that our patients with liver cirrhosis receive both best diagnosis and effective beta-blocker therapy.”

Anti-inflammatory effects of beta-blockers in cirrhosis

The recently published study shows for the first time that beta-blockers also have an impact on systemic inflammation. For this study, the researchers determined biomarkers of systemic inflammation prior to and subsequently during ongoing treatment with beta-blockers. This showed that patients suffering from advanced stages of cirrhosis were not only more likely to display a pronounced systemic inflammatory response but were also more likely to benefit from the anti-inflammatory effects of beta-blockers. It was observed that cirrhotic patients who achieve a relevant reduction in inflammatory markers (such as the white blood cell count) under beta-blocker therapy developed significantly fewer complications of portal hypertension and had a lower risk of liver-related mortality.