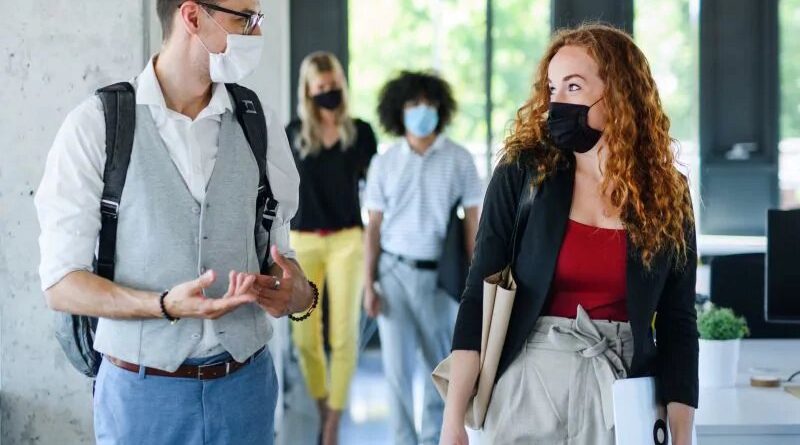 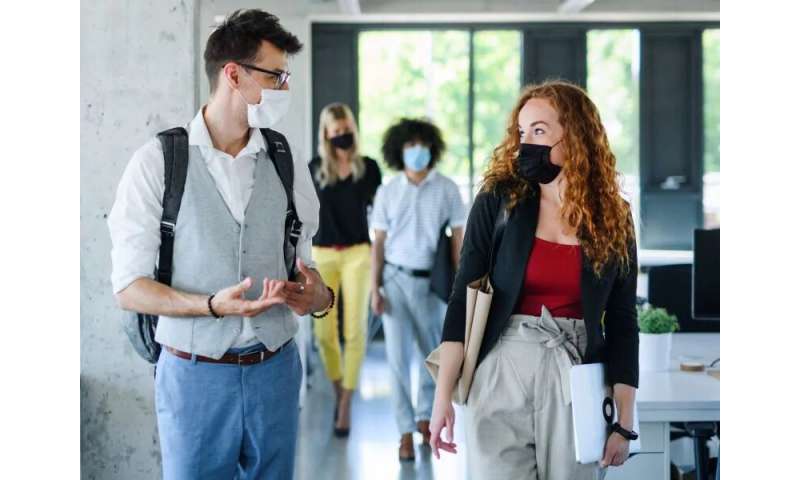 (HealthDay)—With millions of American children soon returning to school, a new study shows that at least 97,000 kids were infected with COVID-19 during the last two weeks of July.

According to the new report from the American Academy of Pediatrics and the Children’s Hospital Association, at least 338,000 U.S. children had tested positive through July 30, The New York Times reported. That means that more than a quarter of those cases had come up positive in the second half of July alone.

Already, some schools have tried to reopen and then had to order quarantines or close after COVID-19 cases were reported among students and staff, the Times reported. North Paulding High School in Georgia, which gained national attention last week after videos of crowded hallways made their way onto social media, announced Sunday it would switch to online instruction for Monday and Tuesday after at least nine coronavirus cases were reported there.

In the new report, states in the South and West accounted for more than 7 of 10 infections. The count could be higher because the report did not include complete data from Texas and parts of New York State outside of New York City.

Missouri, Oklahoma, Alaska, Nevada, Idaho and Montana were among the states with the highest percentage increase of child infections during that period, the report found.

There were differences in how states classified children: Most places cited in the report considered children to be no older than 17 or 19. But in Alabama, the age limit was 24, while it was only 14 in Florida and Utah, the Times reported.

Though public health officials say that most children do not get severe illness, a new report from the U.S. Centers for Disease Control and Prevention found that a new, more dangerous COVID-19 condition known as Multisystem Inflammatory Syndrome in Children has struck children of color far more often than whites. From early March through late July, the CDC received reports of 570 young people—ranging from infants to age 20 with the condition, the Times reported. Of those, 40 percent were Hispanic or Latino, 33 percent were Black and 13 percent were white. Ten died and nearly two-thirds were admitted to intensive care units, the report found.

Researchers from the University of Washington’s Institute for Health Metrics and Evaluation (IHME) have issued a forecast of 295,011 deaths from coronavirus by Dec. 1.

However, if 95 percent of people were to wear a face mask in public, some 66,000 lives could be saved, they added.

“We’re seeing a rollercoaster in the United States,” institute director Christopher Murray said in a statement. “It appears that people are wearing masks and socially distancing more frequently as infections increase, then after a while as infections drop, people let their guard down and stop taking these measures to protect themselves and others which, of course, leads to more infections. And the potentially deadly cycle starts over again.”

His team’s model also identifies which states will need to re-impose mask mandates between now and the winter to slow the spread of transmission.

In other pandemic news, the U.S. State Department has lifted its 5-month-old blanket warning against international travel for Americans. Instead, the department will now issue travel recommendations by country.

Why the change? “Health and safety conditions improving in some countries and potentially deteriorating in others” influenced its decision, the state department said in a statement released Thursday. The change will allow travelers to make “informed decisions” based on the situation in specific countries, officials said.

“We continue to recommend U.S. citizens exercise caution when traveling abroad due to the unpredictable nature of the pandemic,” the agency’s statement said.

Despite the lifting of the travel warning, many other countries are currently restricting American citizens from entry because the United States has far more coronavirus cases than any other nation in the world, the Washington Post reported.

To try to better track and stem the spread of coronavirus, scientists have called for widespread adoption of simpler, less accurate tests, as long as they’re given often and quickly.

“Even if you miss somebody on Day 1,” Omai Garner, director of clinical microbiology in the UCLA Health System, told the Times. “If you test them repeatedly, the argument is, you’ll catch them the next time around.”

The strategy hinges on having an enormous supply of testing kits. But many experts believe more rapid, frequent testing would spot people who need immediate medical care while also identifying those most likely to spread COVID-19, the Times reported.

Of the dozens of coronavirus tests that have been granted emergency use authorization by the U.S. Food and Drug Administration, most rely on complex laboratory procedures, such as PCR, the Times reported.

Only a few tests are quick and simple enough to be run in a doctor’s office or urgent care clinic, without the need for lab equipment. And these tests are still relatively scarce nationwide, though government officials say they plan to ramp up production of such tests by the fall, the newspaper said.

“If you had asked me this a couple months ago, I would have said we just need to be doing the PCR tests,” Susan Butler-Wu, a clinical microbiologist at the University of Southern California, told the Times. “But we are so far gone in this country. It is a catastrophe. It’s kitchen sink time, even if the tests are imperfect.”

By Monday, the U.S. coronavirus case count surpassed 5 million as the death toll exceeded 162,400, according to a Times tally.

Elsewhere in the world, the situation remains challenging.

In the Australian state of Victoria, authorities confirmed more than 300 new infections and 19 deaths over the last 24 hours, the Post reported. But there were hopeful signs that the peak of the outbreak might be over. The number of new daily cases in Victoria has been falling significantly since the middle of last week, the newspaper said. A strict lockdown imposed on the state’s capital, Melbourne, more than a week ago may start affecting case numbers soon.

Things continue to worsen in India.

On Monday, the country passed 2.2 million infections and over 44,300 deaths, a Johns Hopkins tally showed. The surge comes weeks after a national lockdown was lifted, and it’s prompted some parts of the country to revert back to stricter social distancing measures.

Brazil is also a hotspot in the coronavirus pandemic, with over 3 million confirmed infections by Monday, according to the Hopkins tally. It has the second-highest number of cases, behind only the United States.

Cases are also spiking wildly in Russia: As of Monday, that country reported the world’s fourth-highest number of COVID-19 cases, at over 890,700, the Hopkins tally showed.