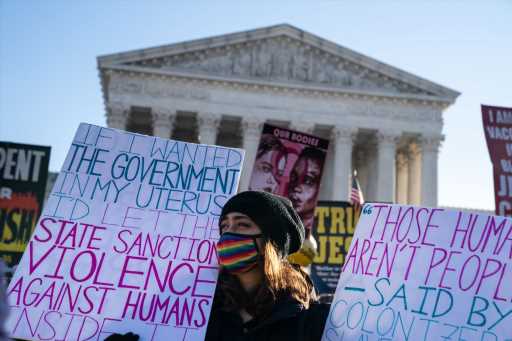 States that banned or severely restricted abortion access this year already had elevated maternal and infant mortality rates, according to a new report.

Researchers at the Commonwealth Fund, an independent foundation that aims to address healthcare inequity, analyzed public data from a number of sources to determine the quality of maternal and infant healthcare in different states throughout the U.S. They were especially interested in states that implemented abortion bans or restrictions after Roe v. Wade‘s reversal.

As SheKnows previously reported, the landmark Supreme Court ruling that protected abortion access federally for more than 40 years was overturned in June. Its shocking collapse allowed states to enact and enforce laws banning or restricting abortions. To date, 17 states already have, and more are expected to follow suit.

But it turns out these states were failing pregnant people long before Roe‘s downfall. According to the Commonwealth Fund’s analysis, maternal death rates in 2020 were 62 percent higher in states that implemented abortion bans this year versus states where abortions remain accessible. Anti-abortion states also saw higher infant and perinatal mortality rates. These disparities were even more drastic among patients of color, specifically Black and Latinx people.

Although the data analyzed in this report were collected before Roe was overturned, the findings suggest that state-level reproductive healthcare systems throughout the U.S. were already overburdened and under-resourced. Drastic variations in abortion access from state to state will likely make it even more difficult for underserved pregnant patients to receive the healthcare they need.

In November, a study published in the Journal of American Medicine (JAMA) found that one-third of pregnant adults in America now have to travel over an hour away to reach their nearest abortion provider.

Speaking to NBC News, Dr. Laurie Zephyrin, senior vice president for advancing health equity at the Commonwealth Fund, said highlighting these issues is key in the fight to protect abortion access, and to ensure better-quality reproductive healthcare for all Americans.

“It’s important to keep the issue in the forefront, because then that continues to bring it to awareness for everyday people so that people that are suffering from these inequities are not suffering in the shadows,” Zephyrin told the news outlet. “And hopefully, it’ll help drive policy change.”

Before you go, read up on celebrities who have shared their abortion stories: