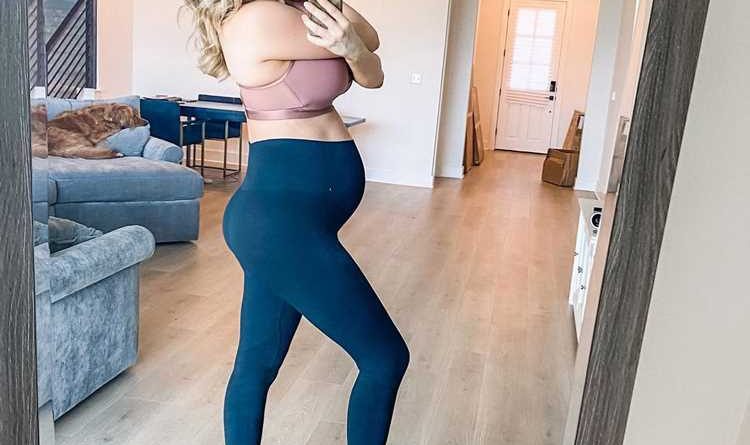 Anna Victoria is over getting rude comments about working out during her pregnancy.

The fitness trainer, 31, is expecting her first child in August with her husband Luca Ferretti after undergoing IVF treatments. Victoria has been doing simplified workouts throughout her pregnancy — ditching the weights for just body weight movements, staying away from doing movements that require lying on her back — but she’s still getting criticism from followers who think she shouldn’t be working out.

“I recently got this comment in regards to me working out while pregnant, ‘Go swimming. Don’t hurt your baby. Those bends are not good. Enjoy pregnancy and stop being so concerned about your appearance….’ ” Victoria wrote on Instagram Wednesday.

“And here’s what I have to say to that: Who says working out means you’re only concerned with your appearance?”

Victoria explained that her workouts are helping her through the challenges of pregnancy and childbirth.

“Here’s what I *am* concerned about,” she said, before listing off a few of the ways pregnancy and childbirth affect the body, like diastasis recti, when the abdominal muscles separate, pelvic floor dysfunction and general aches and pains of pregnancy.

The influencer said she’s also improving her muscle strength for pregnancy and delivery.

Victoria said that she wants to have “the endurance and strength to endure the marathon that birth will be, [and] working out has shown to greatly reduce labor times (in births that don’t have complications).”

Plus, she said, working out will help her as a new mom.

“Last but DEF not least, to lay the foundation for an overall strong body to prepare for the fact that I’m going to be carrying a human around for the next few years, minimum,” she said. “It’s going to take a toll on my body NOT for how it looks, but for how it’s going to feel, and that’s something that my workouts will help with.”

Victoria said that in her case, her workout goals are not about her appearance — but even if they were, it’s not for someone else to judge.

“Let’s say a woman IS concerned about her appearance, who are we to shame her for that, pregnant or not?” she asked. “You can still work out, reap all the benefits, be proud of the physical manifestation of all that hard work, but still love and appreciate your perfectly imperfect body. Mmmk??”