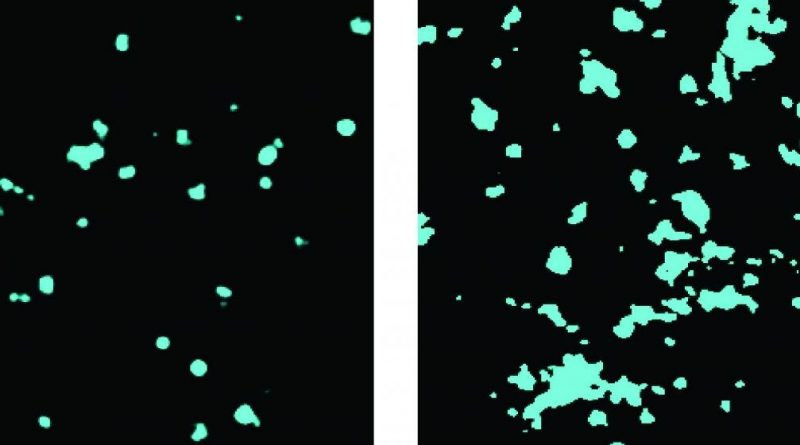 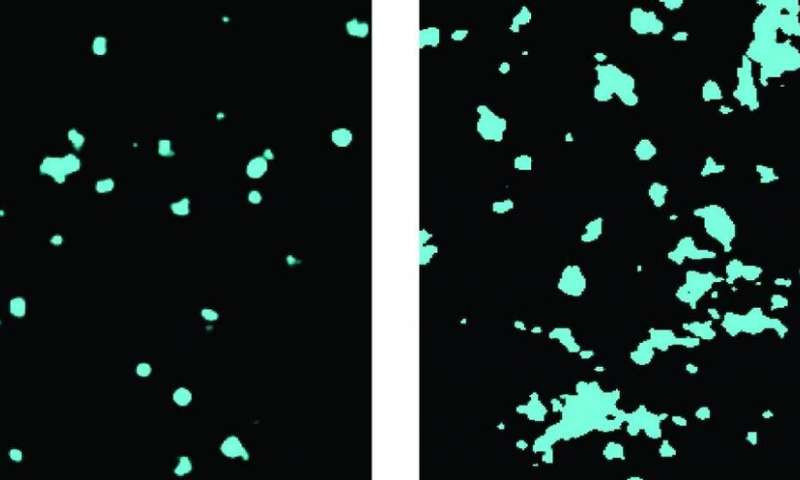 Surgery would be inconceivable without general anesthesia, so it may come as a surprise that despite its 175-year history of medical use, doctors and scientists have been unable to explain how anesthetics temporarily render patients unconscious.

A new study from Scripps Research published Thursday evening in the Proceedings of the National Academies of Sciences (PNAS) solves this longstanding medical mystery. Using modern nanoscale microscopic techniques, plus clever experiments in living cells and fruit flies, the scientists show how clusters of lipids in the cell membrane serve as a missing go-between in a two-part mechanism. Temporary exposure to anesthesia causes the lipid clusters to move from an ordered state, to a disordered one, and then back again, leading to a multitude of subsequent effects that ultimately cause changes in consciousness.

The discovery by chemist Richard Lerner, MD, and molecular biologist Scott Hansen, Ph.D., settles a century-old scientific debate, one that still simmers today: Do anesthetics act directly on cell-membrane gates called ion channels, or do they somehow act on the membrane to signal cell changes in a new and unexpected way? It has taken nearly five years of experiments, calls, debates and challenges to arrive at the conclusion that it’s a two-step process that begins in the membrane, the duo say. The anesthetics perturb ordered lipid clusters within the cell membrane known as “lipid rafts” to initiate the signal.

“We think there is little doubt that this novel pathway is being used for other brain functions beyond consciousness, enabling us to now chip away at additional mysteries of the brain,” Lerner says.

Lerner, a member of the National Academy of Sciences, is a former president of Scripps Research, and the founder of Scripps Research’s Jupiter, Florida campus. Hansen is an associate professor, in his first posting, at that same campus.

Ether’s ability to induce loss of consciousness was first demonstrated on a tumor patient at Massachusetts General Hospital in Boston in 1846, within a surgical theater that later became known as “the Ether Dome.” So consequential was the procedure that it was captured in a famous painting, “First Operation Under Ether,” by Robert C. Hinckley. By 1899, German pharmacologist Hans Horst Meyer, and then in 1901 British biologist Charles Ernest Overton, sagely concluded that lipid solubility dictated the potency of such anesthetics.

Hansen recalls turning to a Google search while drafting a grant submission to investigate further that historic question, thinking he couldn’t be the only one convinced of membrane lipid rafts’ role. To Hansen’s delight, he found a figure from Lerner’s 1997 PNAS paper, “A hypothesis about the endogenous analog of general anesthesia,” that proposed just such a mechanism. Hansen had long looked up to Lerner—literally. As a predoctoral student in San Diego, Hansen says he worked in a basement lab with a window that looked directly out at Lerner’s parking space at Scripps Research.

“I contacted him, and I said, ‘You are never going to believe this. Your 1997 figure was intuitively describing what I am seeing in our data right now,'” Hansen recalls. “It was brilliant.”

For Lerner, it was an exciting moment as well.

“This is the granddaddy of medical mysteries,” Lerner says. “When I was in medical school at Stanford, this was the one problem I wanted to solve. Anesthesia was of such practical importance I couldn’t believe we didn’t know how all of these anesthetics could cause people to lose consciousness.”

Many other scientists, through a century of experimentation, had sought the same answers, but they lacked several key elements, Hansen says: First, microscopes able to visualize biological complexes smaller than the diffraction limits of light, and second, recent insights about the nature of cell membranes, and the complex organization and function of the rich variety of lipid complexes that comprise them.

“They had been looking in a whole sea of lipids, and the signal got washed out, they just didn’t see it, in large part for a lack of technology,” Hansen says. 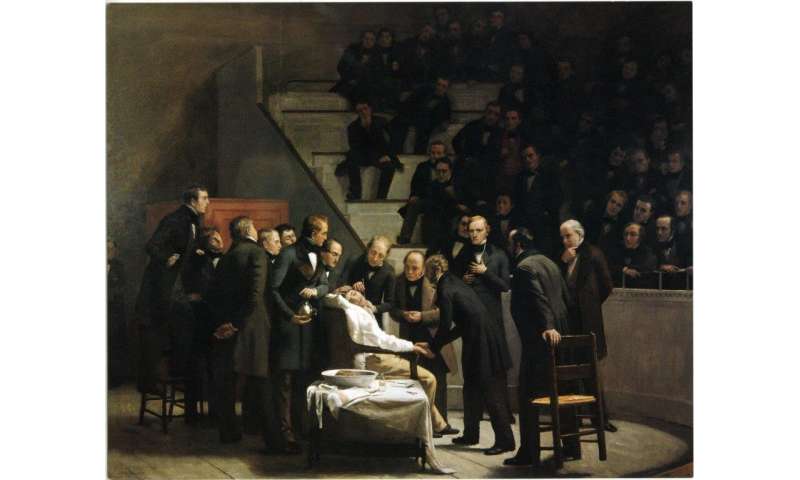 From order to disorder

What he was looking at was a shift in the GM1 cluster’s organization, a shift from a tightly packed ball to a disrupted mess, Hansen says. As it grew disordered, GM1 spilled its contents, among them, an enzyme called phospholipase D2 (PLD2).

Tagging PLD2 with a fluorescent chemical, Hansen was able to watch via the dSTORM microscope as PLD2 moved like a billiard ball away from its GM1 home and over to a different, less-preferred lipid cluster called PIP2. This activated key molecules within PIP2 clusters, among them, TREK1 potassium ion channels and their lipid activator, phosphatidic acid (PA). The activation of TREK1 basically freezes neurons’ ability to fire, and thus leads to loss of consciousness, Hansen says.

“The TREK1 potassium channels release potassium, and that hyper-polarizes the nerve—it makes it more difficult to fire—and just shuts it down,” Hansen says.

Lerner insisted they validate the findings in a living animal model. The common fruit fly, drosophila melanogaster, provided that data. Deleting PLD expression in the flies rendered them resistant to the effects of sedation. In fact, they required double the exposure to the anesthetic to demonstrate the same response.

“All flies eventually lost consciousness, suggesting PLD helps set a threshold, but is not the only pathway controlling anesthetic sensitivity,” they write.

Hansen and Lerner say the discoveries raise a host of tantalizing new possibilities that may explain other mysteries of the brain, including the molecular events that lead us to fall asleep.

Lerner’s original 1997 hypothesis of the role of “lipid matrices” in signaling arose from his inquiries into the biochemistry of sleep, and his discovery of a soporific lipid he called oleamide. Hansen and Lerner’s collaboration in this arena continues.