Home » Health News » Analysis: Some Said the Vaccine Rollout Would Be a ‘Nightmare.’ They Were Right. 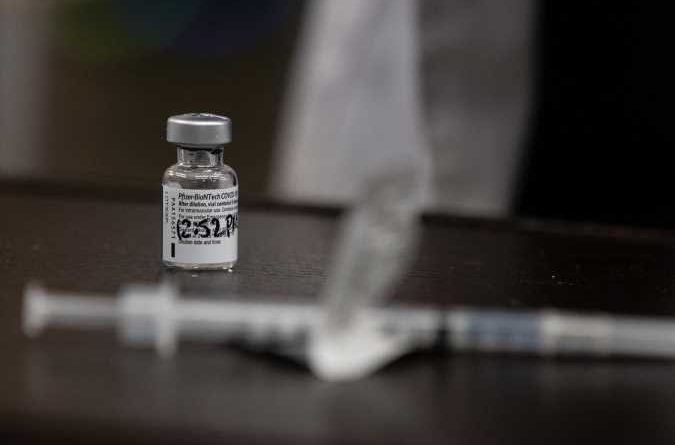 WASHINGTON — Even before there was a vaccine, some seasoned doctors and public health experts warned, Cassandra-like, that its distribution would be “a logistical nightmare.”

After Week 1 of the rollout, “nightmare” sounds like an apt description.

Dozens of states say they didn’t receive nearly the number of promised doses. Pfizer says millions of doses sat in its storerooms, because no one from President Donald Trump’s Operation Warp Speed task force told them where to ship them. A number of states have few sites that can handle the ultra-cold storage required for the Pfizer product, so, for example, front-line workers in Georgia have had to travel 40 minutes to get a shot. At some hospitals, residents treating COVID patients protested that they had not received the vaccine while administrators did, even though they work from home and don’t treat patients.

The potential for more chaos is high. Dr. Vivek Murthy, named as the next surgeon general under President-elect Joe Biden, said this week that the Trump administration’s prediction — that the general population would get the vaccine in April — was realistic only if everything went smoothly. He instead predicted wide distribution by summer or fall.

The Trump administration had expressed confidence that the rollout would be smooth, because it was being overseen by a four-star general, Gustave Perna, an expert in logistics. But it turns out that getting fuel, tanks and tents into war-torn mountainous Afghanistan is in many ways simpler than passing out a vaccine in our privatized, profit-focused and highly fragmented medical system. Gen. Perna apologized this week, saying he wanted to “take personal responsibility.” It’s really mostly not his fault.

Throughout the COVID pandemic, the U.S. health care system has shown that it is not built for a coordinated pandemic response (among many other things). States took wildly different COVID prevention measures; individual hospitals varied in their ability to face this kind of national disaster; and there were huge regional disparities in test availability — with a slow ramp-up in availability due, at least in some part, because no payment or billing mechanism was established.

Why should vaccine distribution be any different?

In World War II, toymakers were conscripted to make needed military hardware airplane parts, and commercial shipyards to make military transport vessels. The Trump administration has been averse to invoking the Defense Production Act, which could help speed and coordinate the process of vaccine manufacture and distribution. On Tuesday, it indicated it might do so, but only to help Pfizer obtain raw materials that are in short supply, so that the drugmaker could produce — and sell — more vaccines in the United States.

Instead of a central health-directed strategy, we have multiple companies competing to capture their financial piece of the pandemic health care pie, each with its patent-protected product as well as its own supply chain and shipping methods.

Add to this bedlam the current decision-tree governing distribution: The Centers for Disease Control and Prevention has made official recommendations about who should get the vaccine first — but throughout the pandemic, many states have felt free to ignore the agency’s suggestions.

Instead, Operation Warp Speed allocated initial doses to the states, depending on population. From there, an inscrutable mix of state officials, public health agencies and lobbyists seem to be determining where the vaccine should go. In some states, counties requested an allotment from the state, and then they tried to accommodate requests from hospitals, which made their individual algorithms for how to dole out the precious cargo. Once it became clear there wasn’t enough vaccine to go around, each entity made its own adjustments.

Some doses are being shipped by FedEx or UPS. But Pfizer — which did not fully participate in Operation Warp Speed — is shipping much of the vaccine itself. In nursing homes, some vaccines will be delivered and administered by employees of CVS and Walgreens, though issues of staffing and consent remain there.

The Moderna vaccine, rolling out this week, will be packaged by the “pharmaceutical services provider” Catalent in Bloomington, Indiana, and then sent to McKesson, a large pharmaceutical logistics and distribution outfit. It has offices in places like Memphis, Tennessee, and Louisville, which are near air hubs for FedEx and UPS, which will ship them out.

Is your head spinning yet?

Looking forward, basic questions remain for 2021: How will essential workers at some risk (transit workers, teachers, grocery store employees) know when it’s their turn? (And it will matter which city you work in.) What about people with chronic illness — and then everyone else? And who administers the vaccine — doctors or the local drugstore?

In Belgium, where many hospitals and doctors are private but work within a significant central organization, residents will get an invitation letter “when it’s their turn.” In Britain, the National Joint Committee on Vaccination has settled on a priority list for vaccinations — those over 80, those who live or work in nursing homes, and health care workers at high risk. The National Health Service will let everyone else “know when it’s your turn to get the vaccine ” from the government-run health system.

In the United States, I dread a mad scramble — as in, “Did you hear the CVS on P Street got a shipment?” But this time, it’s not toilet paper.

Combine this vision of disorder with the nation’s high death toll, and it’s not surprising that there is intense jockeying and lobbying — by schools, unions, even people with different types of preexisting diseases — over who should get the vaccine first, second and third. It’s hard to “wait your turn” in a country where there are 200,000 new cases and as many as 2,000 new daily COVID deaths — a tragic per capita order of magnitude higher than in many other developed countries.

So kudos and thanks to the science and the scientists who made the vaccine in record time. I’ll eagerly hold out my arm — so I can see the family and friends and colleagues I’ve missed all these months. If only I can figure out when I’m eligible, and where to go to get it.