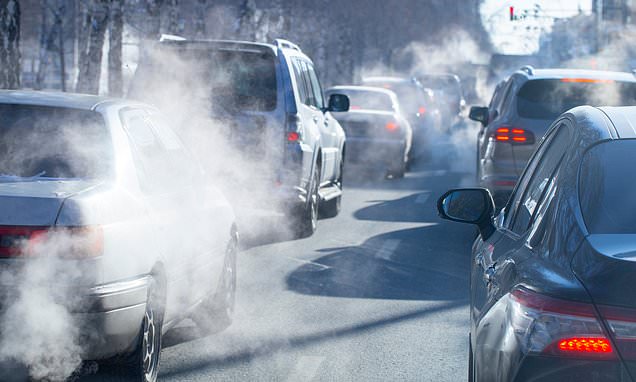 Even small hikes in air pollution from diesel vehicles can lead to a spike in deaths from lung and heart diseases, study warns

Even small hikes in air pollution lead to more deaths from heart and lung diseases, more research has confirmed.

The study found that when nitrogen dioxide levels jumped by 10 micrograms per cubic meter of air (µg/m3), there was a 0.4 per cent increase in deaths the next day.

Researchers described it as ‘robust evidence’ that echoes similar findings made over the past decades. 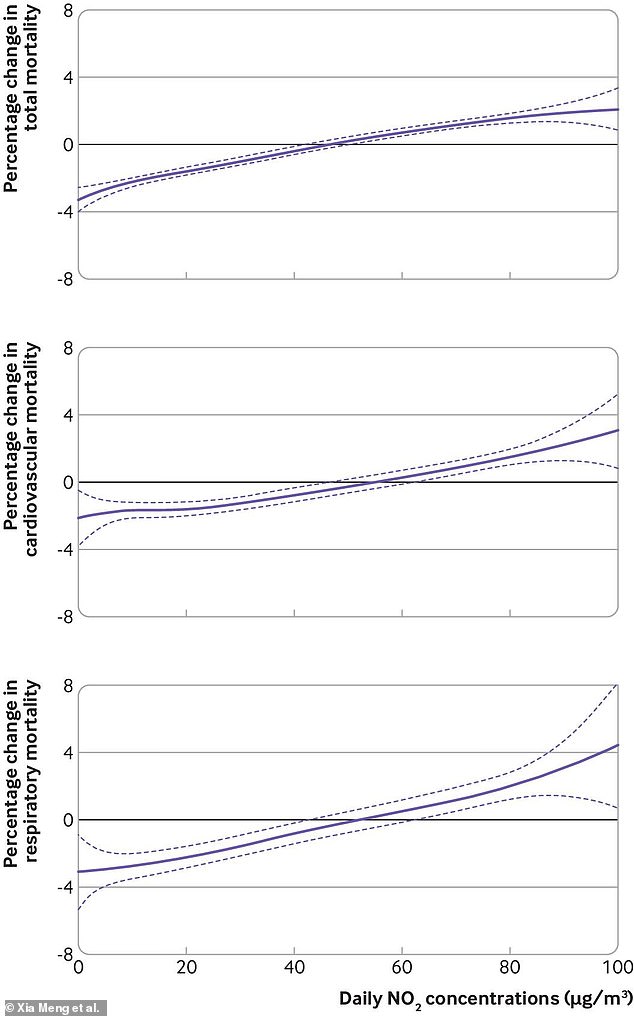 A BMJ study found that as nitrogen dioxide (NO2) levels increased in 398 cities, so did deaths. One researcher said that an increase in total deaths (top), deaths from heart problems (middle) and lung diseases (bottom) is ‘almost linear’ with increases in nitrogen dioxide levels

But levels are higher near roads and construction sites and can increase when there is low wind or rain, which can remove or blow away pollution in the air.

Microscopic NO2 particles, produced mainly by diesel vehicles, can penetrate deep into the lungs, scientists say.

From there, they can trigger inflammation within the body that piles pressure on the organs, which may lead to disease.

Daily weather data and 62.8million death records from 398 developed cities across 22 countries around the world were examined from over a period of almost 50 years.

The researchers estimated that 1.23 per cent of all deaths in the cities studied were linked with NO2 levels being above zero. 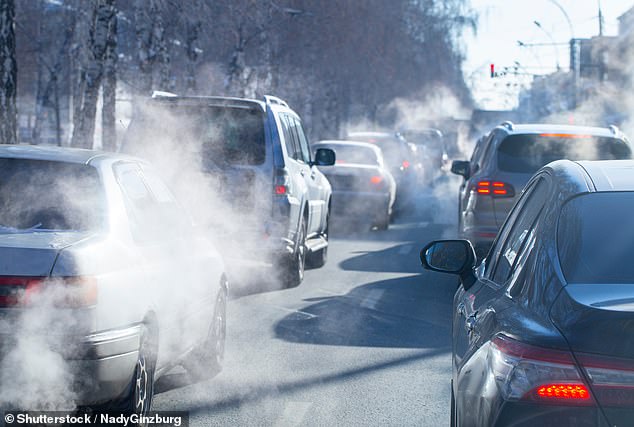 398 cities around the world saw an increase in deaths from heart and lung problems when NO2 levels rose by 10 µg/m3, a study found. One researcher noted that NO2 levels within cities tend to be ‘much higher’ near roads, because petrol and diesel vehicles release nitrogen dioxide

But they noted that it would be ‘infeasible’ to eradicate nitrogen dioxide from the air, because the pollutant is made by burning fuel for things like transport, power and industrial processes.

The findings suggest that the World Health Organization, national governments and the European Union should tighten their air quality standards.

The study was led by Dr Haidong Kan’s research group from Fudan University in Shanghai.

The WHO’s current guidelines advise nitrogen dioxide levels should not be higher than 40 µg/m3. But levels regularly exceed this limit in cities including London and New York.

Highest levels were recorded in Oxford and London, where the NO2 concentration was 50 µg/m3. By contrast, Eastbourne and Sunderland had the lowest (15 µg/m3).

The UK recorded 5.4million deaths over the 26-year period, of which around half were from heart or lung diseases. 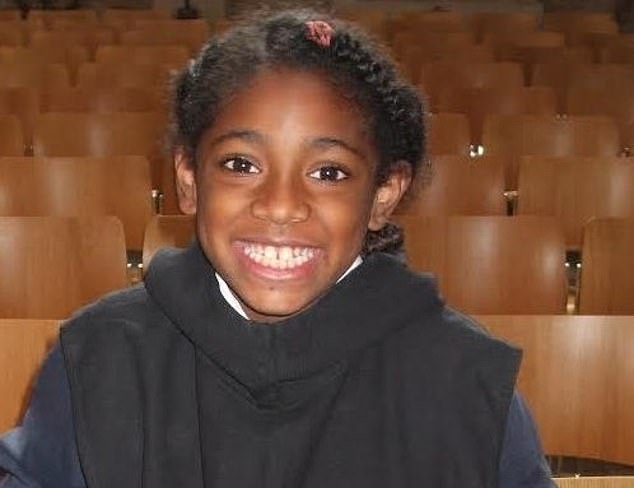 Increases in air pollutant NO2 could lead to more deaths from lung diseases by causing pulmonary function decline and airway inflammation, a researcher said. A UK court ruled that air pollution contributed to nine-year-old Ella Kissi-Debrah’s death in 2013

Of the examined cities, the highest nitrogen dioxide levels were found in Sao Paulo, Beijing, Shanghai, Guangzhou, Seoul, Los Angeles and New York, which had NO2 concentrations between 94 µg/m3 and 66 µg/m3.

The NO2 concentrations in each city reflect the annual average recorded, but levels vary within those locations and can be much higher near roads, the scientists said.

Dr Cong Liu, one of the study authors, told the MailOnline that the findings ‘demonstrate a significant link’ between exposure to NO2 and deaths.

The relationship between short-term exposure to NO2 levels and respiratory and cardiovascular deaths is ‘almost linear’, which suggests that air quality guidelines should be revised and tightened, he said.

The scientists noted that their research is observational, so cannot establish a cause between the separate sets of NO2 and deaths data.

But dozens of other studies have found similar links, bolstering the case.

Professor Robert Storey, a cardiologist at the University of Sheffield, said: ‘Success in this area will deliver major benefits to people’s health and reduce the burden on health services.’

Dr Hubert Lam, an associate professor at the Nuffield Department of Population Health of Oxford University, said other studies also suggested that NO2 exposure is harmful, but there were concerns that this observation may have been driven by other pollutants produced at the same time as NO2.

The report states that the link between NO2 and deaths was independent from other air pollutants, such as sulphur dioxide and carbon monoxide.

The nitrogen dioxide limits set by various air quality guidelines are ‘likely to be questioned and challenged’, but completely eliminating NO2 will be ‘extremely difficult if not impossible to achieve’, Dr Lam added.

The UK’s attempt to tackle NO2 levels includes a plan published in 2017 to tackle roadside nitrogen dioxide levels in by investing in ultra low emission vehicles, public transport and road networks.

Prime minister Boris Johnson announced in November that new vehicles powered by petrol and diesel alone will not be sold in the UK from 2030.

In December, a coroner ruled that air pollution contributed to the death of nine-year-old Ella Kissi-Debrah in February 2013 following an asthma attack.

She lived nearby the South Circular Road in Lewisham and is believed to be the first person in the UK to have air pollution recorded on her death certificate, after Southwark Coroner’s Court found that pollution was a ‘material contribution’ to Ella’s death.