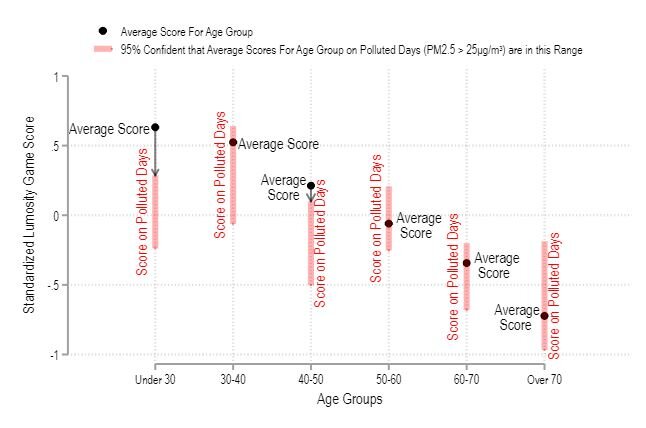 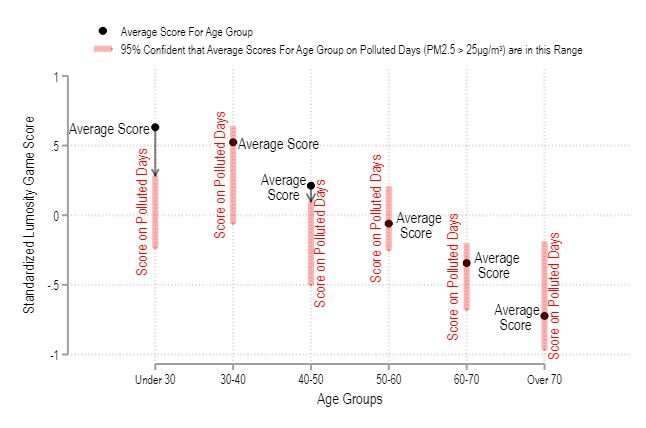 Even short-term exposure to air pollution impacts our brain performance and capacity to work, according to researchers from The University of Queensland and Carnegie Mellon University.

“We found that exposure to moderately high levels of fine particulate matter (PM2.5) caused a player to drop by almost six points in a 100-point scale where 100 represents the score of the top one percent of cognitive performers.

“In fact, if you’re under 30 years old and you’re exposed to this level of pollution, your cognitive function declines by the same amount as aging by 15 years.”

If inhaled, PM2.5 can penetrate the lungs, enter the bloodstream and cause serious health problems, including heart disease and respiratory issues.

Dr. La Nauze said while the health effects of PM2.5 were widely understood, this research was the first to use brain training data to study the potential impact on cognitive performance.

“Cognitive functions are skills that we use to process, store and use information—they’re critical to tasks ranging from making a cup of tea to self-regulating,” she said.

“Our results show the effects of air pollution are largest for those under 50—people of prime working age—which indicates that day-to-day performance in our jobs is also likely to be impacted.”

The study found the largest effects were on memory, meaning occupations that rely more on memory function are likely to be most affected.

“We believe our research has real implications for the average working-age Australian adult, particularly as bushfires become more frequent and contribute to air pollution levels,” she said.

“The 2019–2020 bushfire crisis subjected millions of Australians to the worst air pollution in the world.

“Although Australia’s air is pretty clean by international standards, the average Australian is still exposed to higher levels of air pollution than the latest World Health Organisation recommendations.”

Dr. La Nauze said a combination of individual and policy measures could combat the effects.

“You can alter your exposure in small ways by staying indoors, using air filtration or moving to a less-polluted suburb,” she said.

“Fundamentally though, it comes down to government policy: reducing vehicle emissions, targeting sources of air pollution such as bushfires and revising air-quality standards.

“Air-quality standards in Australia and around the world should take into account the cognitive effects and their downstream productivity impacts.”