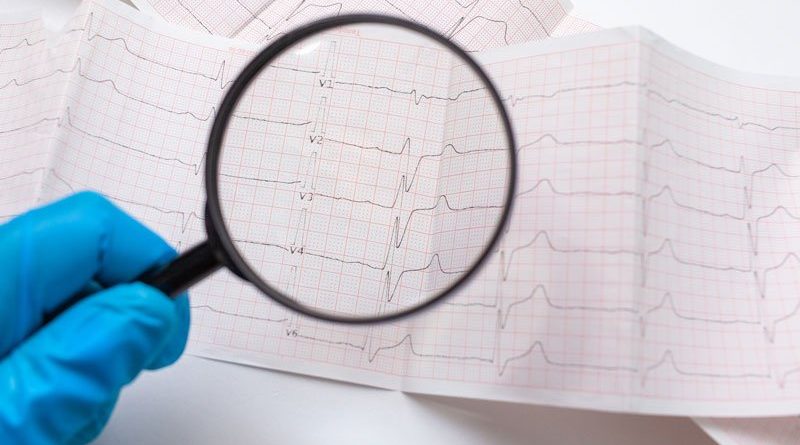 Perhaps 40% of persons with genetically confirmed long-QT syndrome (LQTS) do not show the telltale electrocardiographic (ECG) feature, a prolonged heart-rate-corrected QT (QTc) interval, when their 12-lead ECGs are read by experienced readers. That indicates plenty of room for improvement in the early identification of LQTS, which can predispose patients to sudden cardiac death (SCD).

In a case of human expertise being no match for computers, processing of ECGs by programming driven by artificial intelligence (AI) was more accurate than a cardiologist expert reader at identifying persons referred to an arrhythmia clinic who had LQTS.

That was true even for patients whose LQTS was ECG-concealed, that is, not associated with QTc interval prolongation.

“Our AI-based solution looked at what information and knowledge exists in the 60,000 unique data points that comprise each 12-second 12-lead ECG waveform, besides the QTc value itself,” said Ackerman, who is senior author of the article. The study was published February 10 in JAMA Cardiology.

The AI-based solution was applied to a cohort of 2059 patients with genetically diagnosed LQTS or who were initially suspected of having LTQS but were judged to be healthy after standard evaluation.

Usually, patients with LQTS are identified via 12-lead ECG demonstrating resting QTc intervals >470 ms. However, for 30% to 40% of individuals with genetically confirmed LQTS, QTc at rest is normal, the authors explain.

Although most patients remain asymptomatic and their risk for SCD is low, identifying such patients is important so that, at minimum, they are not prescribed the 100 or more approved drugs that prolong the QT interval as a side effect, Ackerman said in an interview.

“These patients with genetically mediated long-QT syndrome and QTc values well within the normal range are mostly detected at the present time by cascade genetic testing, following discovery of a relative with an LQTS-causative mutation,” said Ackerman, who directs his center’s genetic heart rhythm clinic.

That could change, he said, because the AI-ECG model performed better than QTc alone for LQTS patients with normal QT intervals. In the subset of patients with resting QTc <450 ms, the QTc interval alone distinguished patients with LQTS from those without LQTS with an AUC of 0.741, compared to 0.863 for the AI-ECG; 95% CIs for the two AUCs did not overlap.

Geoffrey H. Tison, MD, MPH, said that the “ease” with which the deep neural network AI-based ECG algorithms were able to improve upon standard 12-lead ECG readings, when provided with the right training data, opens up a wealth of possibilities. Tison, from the University of California, San Francisco, is the author of an editorial accompanying the current study.

“Currently, doctors are trained to read ECGs in a certain way — to look at the T wave, the PR interval, the QT interval, et cetera. And we have all these rules in our heads that we’ve been taught,” Tison told theheart.org / Medscape Cardiology. “The old ECG algorithms simply replicated these rules.”

However, “The machine-learning-supervised model doesn’t do that. It may be looking at some of the same things physicians are looking at, but it’s probably also looking at information in the ECG way beyond what humans know to look for, and that’s really where the potential lies,” Tison said.

“This is just the tip of the iceberg in terms of using machine learning to find new meaning and new information in potentially advancing ECG’s utility, along with other medical data sources,” he said.

Ackerman, the LQTS expert who validated all QTc intervals from the study’s 12-lead ECGs, said he doesn’t mind that he was soundly beaten by the AI model.

“I can do a better job of determining the QTc than what the 12-lead ECG computer provides,” he said, referring to conventional computer readings of digital ECGs. “I find I disagree with the computer’s QTc value about 5% to 10% of the time. But even my QT-interval-trained brain cannot begin to compete with the deep neural network AI brain.”

The study’s AI-ECG system was applied to more than 9000 ECGs from 2059 patients referred for assessment of suspected LQTS, including 967 who tested positive for LQTS by genotyping and 1092 who showed no sign of LQTS by conventional reading and were dismissed as healthy.

The model was trained using 60% of the patients. It was validated in 10% of patients and was tested on the remaining 30%.

Although the AI-driven evaluation did a fine job of uncovering ECG-concealed LQTS and discriminating LQTS genotypic variants, the machine-learning system can’t reveal to its human operators what exactly it “sees” among the ECG’s more than 60,000 data points that differentiates patients with LQTS from those without, Ackerman observed.

“This is both a frustration and fascination with AI. As a physician scientist, I want to know what it is seeing that enabled it to find someone who owns a mutation, but the AI brain doesn’t reveal its secrets,” he said.

“Basically,” Tison explained, “the AI takes the ECG data as input and it chops it up into tiny pieces, shuffles them around to determine patterns and interactions. Because it’s free to use any combination of interactions between all the inputs, it becomes hard for people who are training the model to understand how it actually came to its conclusion. That’s why folks have called these black box models.”

Although the AI-ECG model is undergoing further prospective validation with newly enrolled patients at the Mayo Clinic, the report notes, it must be validated in similar patients at another genetic heart rhythm clinic. Its performance could then be tested in healthy control persons from the general population and perhaps adapted for use as a tool for LQTS screening.

“We have training sessions going at a pace where I suspect a year from now we will know some answers ― how it performs and what we need to do to fine-tune the neural network for use in wider settings,” Ackerman said.

One goal, he noted, is to use such screening to steer appropriate patients who do not show the standard ECG signs of LQTS away from drugs that prolong the QT interval and that could raise their risk for SCD.

To this end, Ackerman and his team have explored the use of an AI-based deep neural network to drive a handheld KardiaMobile 6L (AliveCor) mobile ECG smartphone-based device for measuring QTc and flagging people who possibly have LQTS. Their promising results were published earlier this month in Circulation and were reported at the time by theheart.org | Medscape Cardiology.

“To be able to produce a QTc value without needing even a 12-lead ECG, but by instead using a smartphone-enabled mobile device — like a glucose meter but for QTc — now that’s a real game changer,” Ackerman said.

Ackerman has consulted for Abbott, ARMGO Pharma, Audentes Therapeutics, Boston Scientific, Daiichi Sankyo, Invitae, LQT Therapeutics, Medtronic, MyoKardia, and UpToDate and has an equity/royalty relationship with AliveCor. The other study authors’ relevant financial relationships are listed in the original article. Tison has received research grants from General Electric, Janssen Pharmaceuticals, and Myokardia and is an unpaid adviser to Cardiogram.