Home » Health News » After Gaining 100 Lbs. Through 3 Pregnancies, This Mom Was Inspired to Lose Half Her Size 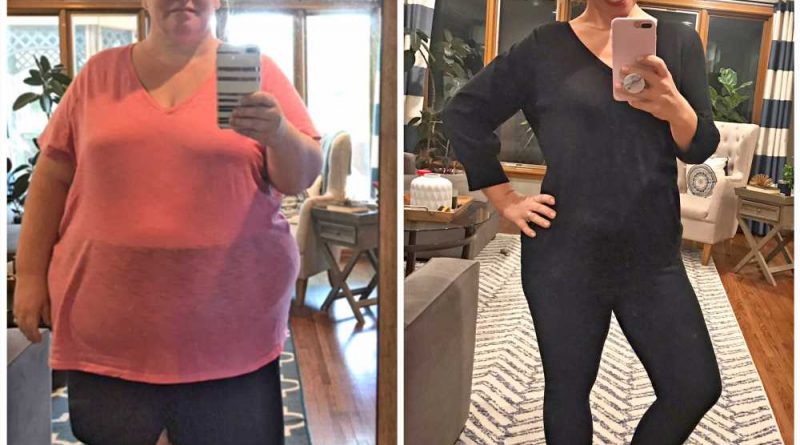 For years, Ann Wulff knew that she was overweight, but thought that it was a lost cause.

After three straight pregnancies, her weight had gone up and up — eventually hitting 360 lbs. — and she had just accepted that she wouldn’t lose weight.

“When I got married, I got pregnant right away and gained a significant amount of weight — 60 lbs. I felt like pregnancy was permission to just eat whatever I wanted,” Wulff, 39, tells PEOPLE for the 2021 Half Their Size issue.

Her first daughter was born in 2006, and a year later, Wulff was pregnant with her second.

“I never really lost that baby weight, and when I got pregnant again I added on more weight. And then that happened again with my third daughter,” she says. The teacher from New Hope, Minnesota, had gained around 100 lbs. between her three pregnancies, and kept adding pounds from there. Wulff would typically start her days with two breakfast sandwiches and a sugary coffee drink, and dinners would often be an entire pizza for herself, followed by big portions of ice cream.

“I convinced myself that it didn’t matter if I ate unhealthily because I was already overweight,” she says. “I was busy with a full-time job and three little girls, so did it really matter if I eat the ice cream?”

For more on Ann and four more women who changed their lives to get healthy, pick up a copy of PEOPLE, on newsstands Friday

Wulff’s self-esteem at the time “wasn’t great” and she was “petrified” to go to the doctor.

“I was terrified that I was going to be diabetic or that there were going to be some major health concerns, which of course logically means I should have gone, but I was so scared of what I would find out or the lecture that I would get, that I didn't go,” she says.

But Wulff’s attempts to ignore her weight were beginning to fail.

“I started to notice, many, many times a day, these little things that I could not do because of my weight,” she says. “I would drive my kids to the park even though it was a five-minute walk, I didn’t want to go out to restaurants in case I didn’t fit in the chairs and I couldn’t get the seatbelt buckled in our car without twisting and turning a certain way. Plus I was starting to feel physically unwell, with headaches and no energy.”

“I was in my mid-30s, and I realized that very quickly that there were going to be things that I absolutely could not do.”

In May 2018, Wulff decided to join WW and paid for an entire year upfront.

“I wanted to commit to it — I knew I was in bad shape and that I needed to change my entire way of living,” she says. “This wasn’t going to be a quick fix.”

The mom of three focused on eating fruits, vegetables and lean proteins — all of which were low in points on the plan, meaning she could have more of them — and in the first week she lost 11 lbs., which she says was “really motivating.” Though Wulff knew she need to lose a significant amount of weight, she kept her target low.

“I just said, ‘I’m going to lose five more pounds,’ and every few weeks I would do it. That was really motivating, and I kept going until eventually I realized, ‘Oh my gosh, I might be able to actually get to a healthy weight if I keep doing this.’ ”

Because she isn’t a fan of cooking, Wulff let herself slowly incorporate more homemade meals, trying out new recipes once or twice a week, so it wasn’t “overwhelming.” She also didn’t pressure herself to start working out until she felt ready, after losing about 130 lbs. and finding that she had more energy to go for longer and longer walks in her neighborhood.

Little by little, over two years, she lost 207 lbs. Her last 20 lbs. of weight loss even came after the COVID-19 pandemic started and everything shut down. “I panicked a bit, but I was so close to my goal, and I had worked so hard. I took it as, this is a terrible situation, but I’m going to use this time to focus on taking care of myself and maintaining this healthy habit,” she says. “I was able to hit my goal shortly after that.”

Post-weight loss, Wulff says she feels far more confident in herself, something she thinks is “incredibly important, especially as a mom of three girls who are starting to look at their own bodies.”

“I feel so much lighter, and I don’t mean physically,” she continues. “I just have so much more energy, I’m more positive, I’m more likely to put myself out there. I’m a better teacher, a better wife, a better mother. A better everything.”