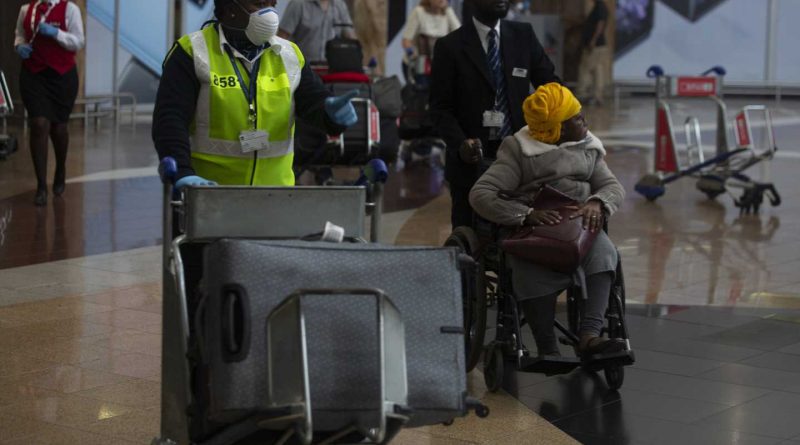 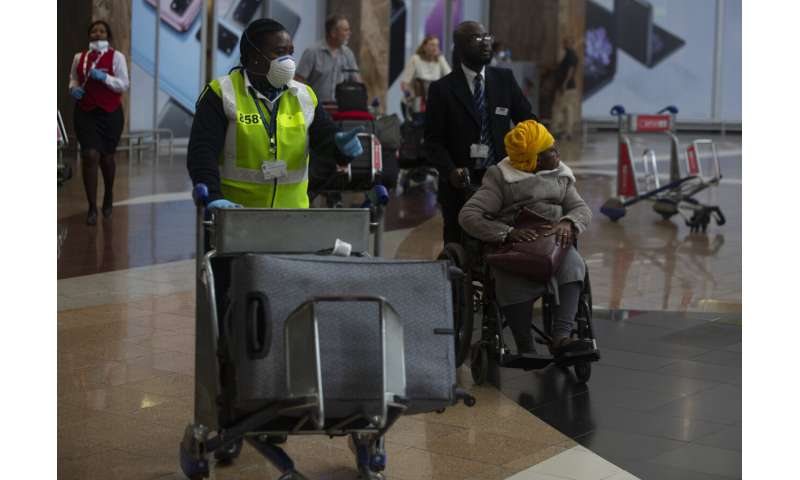 Anxiety rose in Africa’s richest nation Friday as South Africa announced coronavirus cases jumped to 202, the most in the sub-Saharan region, while the country’s largest airport announced that foreigners would not be allowed to disembark. And state-owned South African Airways suspended all international flights until June.

“The aircraft will be contained at an isolated bay with all officials ensuring the utmost care is taken,” O.R. Tambo International Airport said, following up on the government’s announcement of travel restrictions days ago while declaring a national disaster. “We are working with the airline to ensure that foreign nationals return to the country of origin.”

The Johannesburg airport is the busiest in Africa. Foreigners across the continent have faced the increasing chance of being stranded as countries close borders and block flights.

The financially troubled South African Airways said the immediate suspension of all international flights through May 31 was because of coronavirus-related travel restrictions and the “substantial decline in demand” for air travel.

“It is all our responsibility, not just government, to curb further transmission of the virus,” CEO Zuks Ramasia said in a statement. “In addition, the increasing risks to our crew of contracting the virus, including the possibility of being trapped in foreign destinations as a consequence of increasing travel bans, cannot be ignored.” 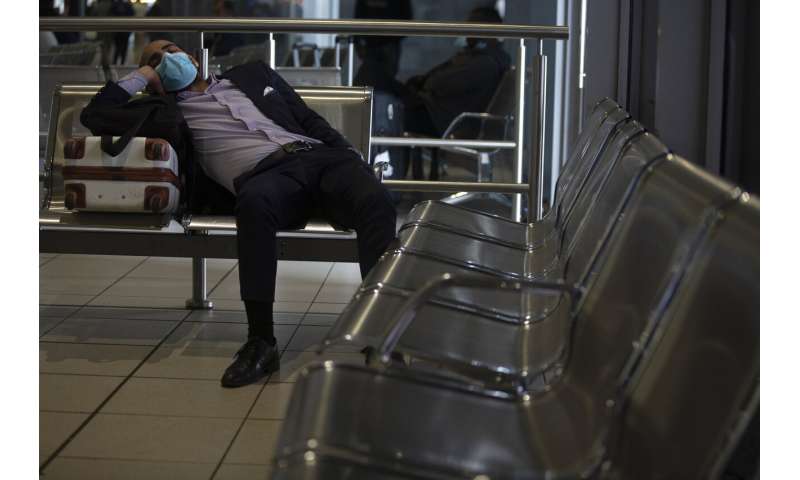 Also Friday another African nation announced its first case, Cape Verde. Thirty-seven countries on the continent now have cases, with a total now well above 800.

One of South Africa’s new patients is a hospital worker, health officials said, as concerns about local transmission grew.

So far most of the cases in Africa have been linked to overseas travel. But overnight Niger in announcing its first case highlighted possible regional spread inside the continent. Its citizen had traveled via the West African capitals of Togo, Ghana, Ivory Coast and Burkina Faso.

“The virus is going to be with us for quite a while,” South Africa’s health minister, Zweli Mkhize, told reporters. “In fact, it’s going to be one of those viruses that our bodies have to build new immunity to be able to deal with and defeat.” 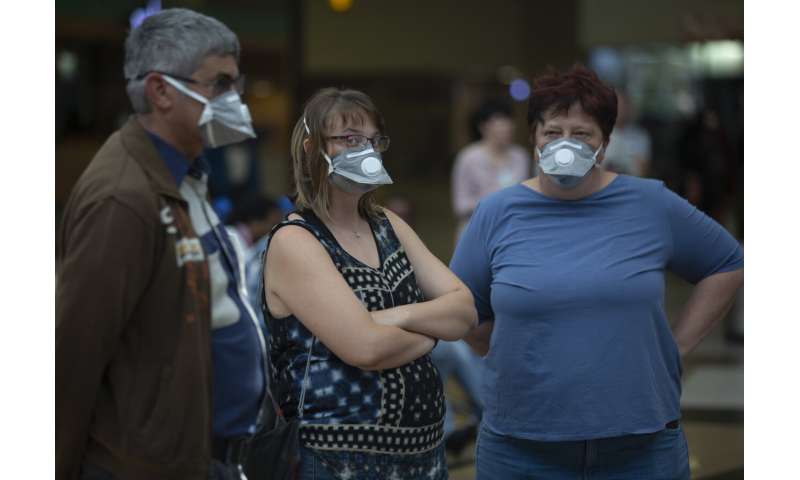