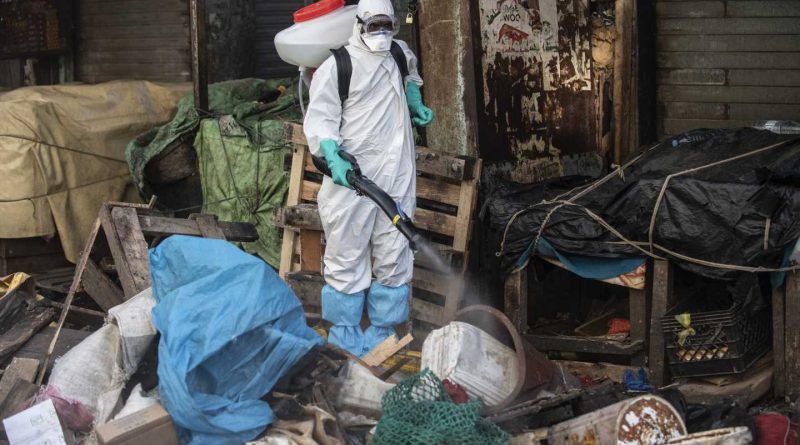 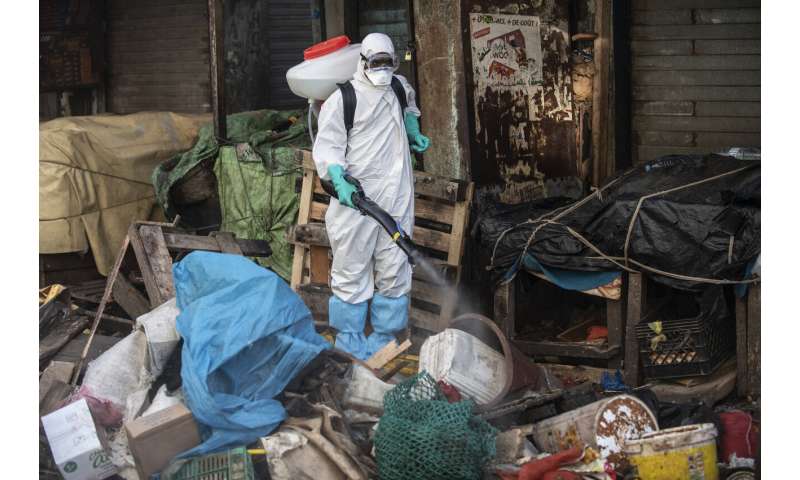 As Africa braces for a surge in coronavirus cases, its countries are dangerously behind in the global race for scarce medical equipment. Ten nations have no ventilators at all.

Outbid by richer countries, and not receiving medical gear from top aid donor the United States, African officials scramble for solutions as virus cases climb past 25,000. Even in the best scenario, the United Nations says 74 million test kits and 30,000 ventilators will be needed by the continent’s 1.3 billion people this year. Very few are in hand.

“We are competing with the developed world,” said John Nkengasong, director of the Africa Centers for Disease Control and Prevention. “The very future of the continent will depend on how this matter is handled.”

Politicians instinctively try to protect their own people and “we know that sometimes the worst in human behavior comes out,” said Simon Missiri, Africa director with the International Federation of Red Cross and Red Crescent Societies, urging an equitable approach to help developing nations.

The crisis has jolted African nations into creating a pooled purchasing platform under the African Union to improve negotiating power. Within days of its formation, the AU landed more than 100,000 test kits from a German source. The World Health Organization is pitching in, approaching manufacturers for supplies. 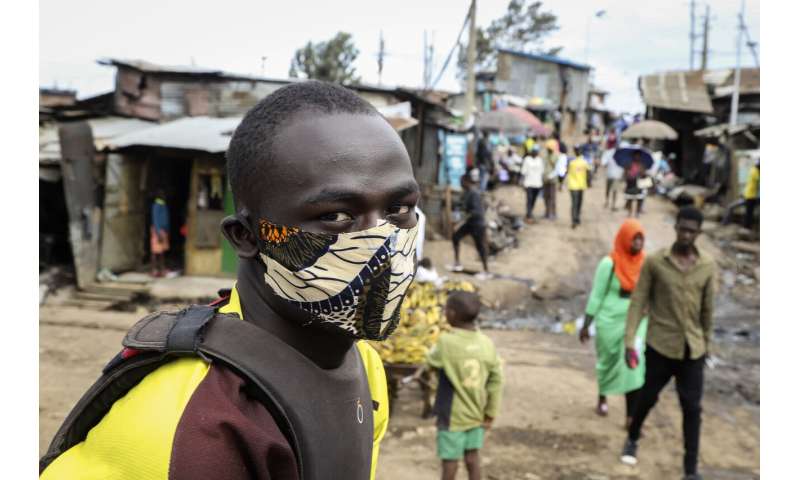 Africa also benefits from the U.N.’s largest emergency humanitarian operation in decades, with medical cargo including hundreds of ventilators arriving in Ethiopia this month and sent to all countries across the continent. Another shipment from the Jack Ma Foundation is on the way.

But Africa isn’t holding out a begging bowl, Nkengasong said. Instead, it’s asking for a fair crack at markets—and approaching China for “not donations. Quotas that Africa as a continent can purchase.”

Such efforts are a response to a global thicket of protectionism: More than 70 countries have restricted exports of medical items, putting Africa in a “perilous position,” the U.N. says. New travel bans have closed borders and airports, badly wrenching supply chains.

“It’s like people hoarding toilet paper, which I still don’t understand,” Amer Daoudi, the U.N. World Food Program’s senior director of operations, told The Associated Press. “Countries in Europe and North America are paying attention to their own internal needs, but we think that will ease off very soon.” 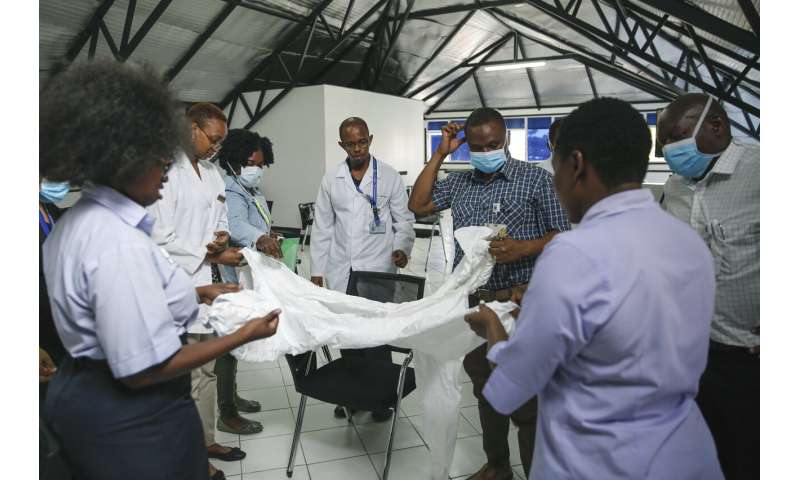 While nations that are traditionally the world’s top humanitarian donors are distracted, the WFP, the U.N.’s logistics leader, heaved the emergency operation into place with unprecedented reach. Normally in about 80 countries, this effort involves almost 120, Daoudi said.

The WFP seeks $350 million to keep the operation running for Africa and elsewhere, delivering aid for the pandemic and other crises like HIV and cholera that need drugs and vaccines to keep flowing. Africa imports as much as 94% of its pharmaceuticals, the U.N. says.

“I’ve never been involved in anything like this before. I don’t think any of us have,” said Stephen Cahill, WFP’s director of logistics. “We’re seeing countries taking measures we think aren’t always rational. When you start closing borders, we start to get very nervous.”

Some African nations, after securing medical equipment, have complicated delivery by causing cargo to stall at ports; 43 have closed their borders. 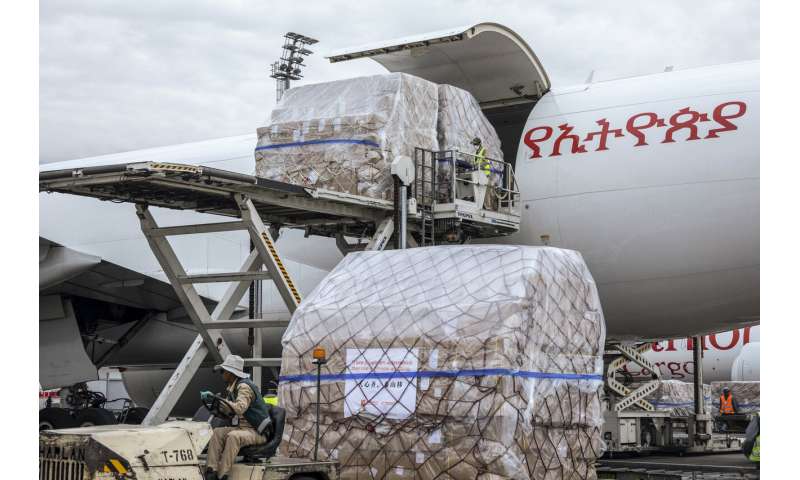 Developing regions are taking different approaches. China is the main source of help in Southeast Asia. In South Asia, several countries have committed to India’s proposed COVID-19 Emergency Fund. Small South Pacific island nations have teamed up to get equipment. And some Latin American nations are trying to free equipment stuck in U.S. ports or making supplies themselves.

But the global disruptions are especially felt across Africa, where governments that have historically underfunded health systems are partnering in an effort that’s been compared to going to war.

“Where a product cost, for example, a dollar before, it’s now gone up a hundred-fold,” said the Africa CDC deputy director, Ahmed Ogwell. While many African nations have money on hand, the trading companies they use face extreme challenges: “Country X can go and say, ‘I’ll pay you double what you’re offered.'” 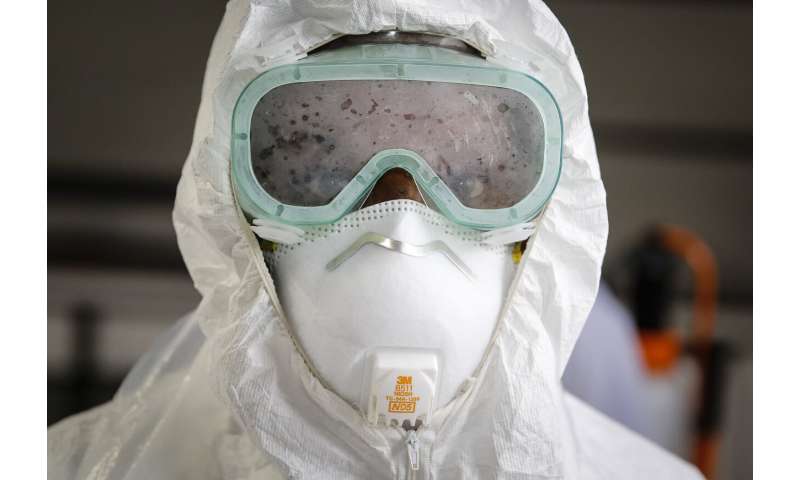 In the United States, the Trump administration has said coronavirus aid to at-risk countries would not include key medical equipment, to meet demand at home.

“I’ve heard no situation yet in any of our countries where the U.S. has made any medical supplies available anywhere,” said Charles Franzen, director of humanitarian and disaster response for World Relief.

When asked how many ventilators and test kits have been sent to Africa, a senior U.S. administration official said aid has focused on water, sanitation and messaging: “We’re also looking at the PPE and ventilator needs and will be making those decisions very quickly.”

In response, African public and private health sectors have teamed up as never before. “Irresponsible behavior by richer countries” will not solve the pandemic, said Amit Thakker, president of the Africa Healthcare Federation, criticizing “any country that diverts supplies for the sake of their own citizens” at developing countries’ expense. 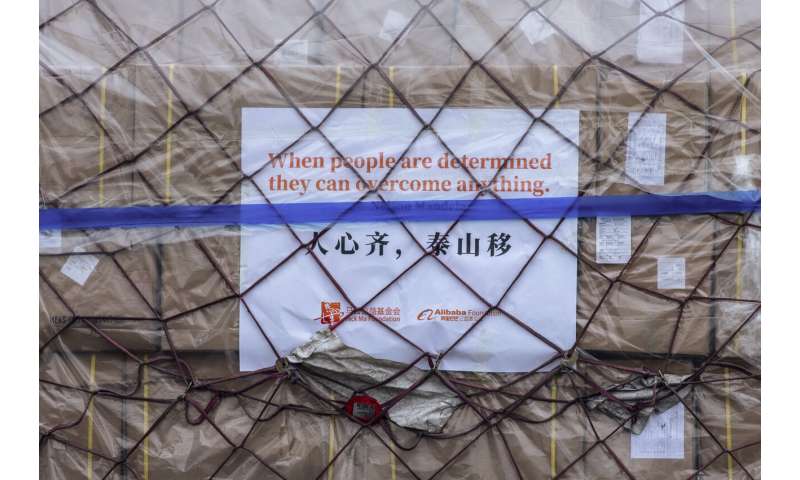 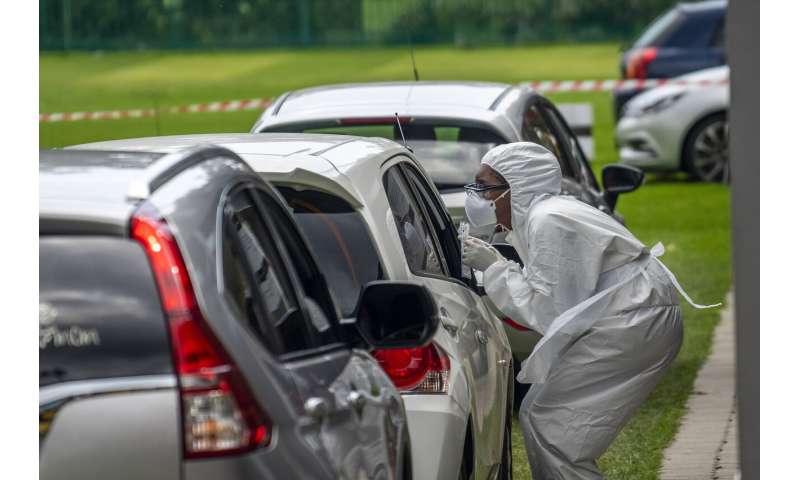 In South Africa, Business for South Africa works closely with the health ministry to get supplies. With better-resourced countries more likely to score deals, “that’s not great for Africa. … Ventilators are like trying to spot a dodo bird at the moment, literally,” said Stavros Nicolaou, who leads BSA’s efforts.

But South Africa has used relationships with economic allies to obtain drugs from India and protective gear from China.

And yet, South Africa has only about four weeks’ worth of protective gear, Nicolaou said. With the pandemic arriving in Africa later than elsewhere, “we have entered the fray quite late when the supply chain is highly, highly constrained.”