Home » Health News » A window to the brain: The retina gives away signs of Alzheimer’s disease and could help with early detection 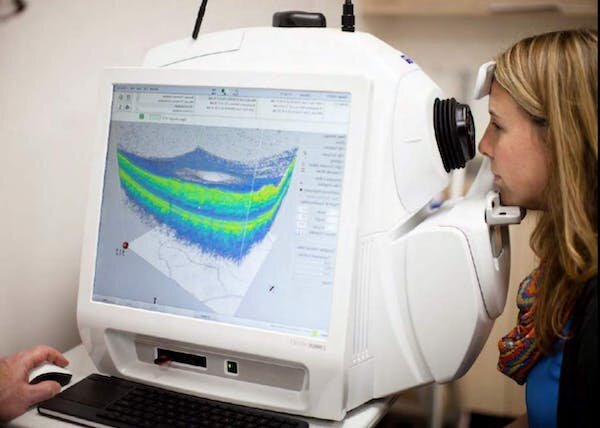 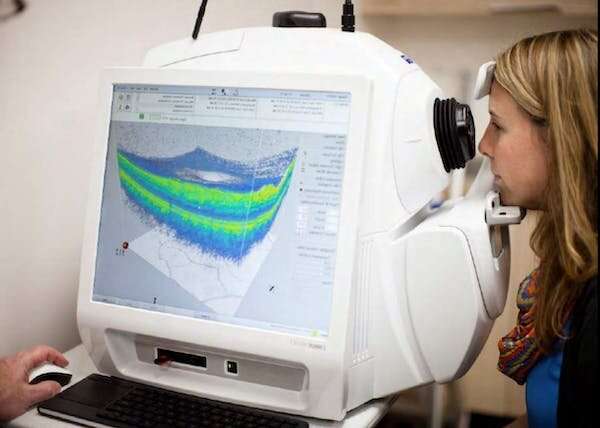 The retina has long been poeticized as the window to the soul, but research now shows it could be a window to the brain and act as an early warning system for cognitive decline.

A growing body of research suggests the retina is thinner in people with Alzheimer’s disease, reflecting the cell loss that is a hallmark of the neurodegenerative disease.

We investigated a group of middle-aged people who are part of the Dunedin Study, a comprehensive longitudinal project that has continued for five decades. We found people with thinner retinal nerve fiber layers (one of the cell layers in the retina) had slower mental processing speed. This is one of the first cognitive processes to decline in Alzheimer’s disease.

The people in our study were 45 years old, which is young for investigating age-related neurological diseases like Alzheimer’s. But treatments and interventions are most effective when administered during the earliest stages of Alzheimer’s and it is crucial to find ways of identifying people’s risk as early as possible. Easy risk identification will also help with clinical trials for Alzheimer’s disease treatments.

Why the retina is a good biomarker for the brain

The retina (the back of your eye) is part of the central nervous system, and some of its cells connect directly to the brain.

Many of the processes that happen in the brain also occur in retinal ganglion cells, another layer of cells that make up the retina. This includes some of the abnormal processes common in Alzheimer’s disease, such as the abnormal deposition of amyloid beta protein and cell loss.

Retinal imaging has many advantages over other imaging technologies. It’s fast, with each scan taking only a few seconds, non-invasive, painless and relatively cheap.

It’s also already widely available. In Aotearoa, every hospital eye department has an optical coherence tomography (OCT) device for imaging the retina, and these devices are increasingly available in primary care clinics and retail optometrists.

Retinal imaging also lends itself to being interpreted by artificial intelligence applications. This means assessment of Alzheimer’s disease risk from the retina could be quick, easy and widely available.

For these reasons, researchers are beginning to investigate how early the retina starts to thin in Alzheimer’s disease. The disease has an insidious onset, with a gradual decline in cognitive processes such as memory, but the underlying pathology tends to be fairly far along by the time people notice the symptoms and seek medical treatment.

If we can detect retinal thinning before the symptoms become apparent, it could be possible to identify people who are in the earliest stages of Alzheimer’s disease.

The people we studied are all part of the unique Dunedin Study, which tracked the development of a thousand babies born in Ōtepoti Dunedin between April 1972 and March 1973.

They’ve been assessed repeatedly every few years since, on a wide range of topics including mental health, risk-taking behaviors, respiratory and cardiovascular function, social support and dental health, among others.

They’ve also repeatedly undergone cognitive tests since they were children, each time using similar formats and standardized tests. This means we can compare their cognitive performance in middle age with their own results from childhood.

Most cognitive tests used in Alzheimer’s studies are blunt tools designed to detect large drops in cognition. But the detailed cognitive data we have allow us to detect even small cognitive changes.

Using statistical techniques, we used each person’s cognitive scores in childhood to predict what we’d expect their cognitive score to be at age 45, and measured how far away they were from what we’d predicted.

A number of study members’ scores were substantially lower than what we’d expect, indicating they were experiencing cognitive decline, even in middle age.

While there are a number of potential causes of cognitive decline, papers from our research group are building up a picture of the factors associated with this outcome. We found people experiencing cognitive decline by 45 have older looking brains and more tiny bleeds and lesions, known as hyperintensities, in their white matter (measured using MRI).

Our research found people with thinner retinas had older looking brains and other structural brain abnormalities. This suggests cognitive decline, detected in its earliest stages, is associated with cell loss in the brain and the retina.

To investigate this question even further, we are now focusing on measuring study members’ levels of a specific type of protein (phosphorylated tau pTau181) which is abundant in neurons and deposited in cells in several neurodegenerative diseases. This is thought to be one of the earliest indicators of Alzheimer’s disease, and it will help us to understand whether the changes we are observing are specific to Alzheimer’s disease and how early they can be detected.

Developing treatments for advanced stages of Alzheimer’s disease has been ineffective so far, and it seems likely future pharmaceutical treatments will be most effective in the earliest stages of the disease.