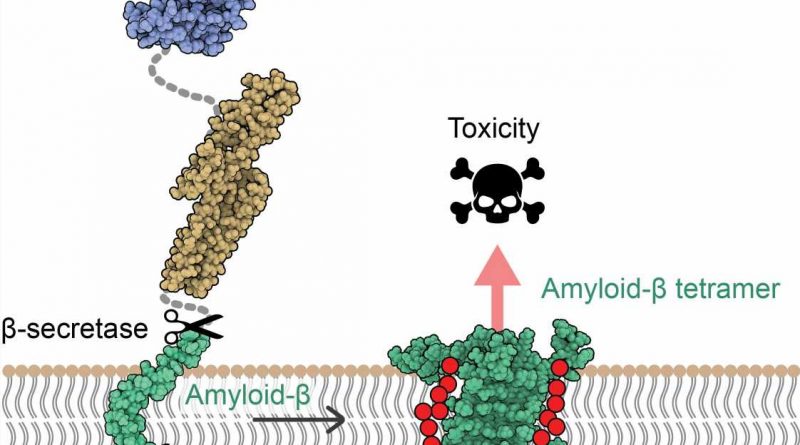 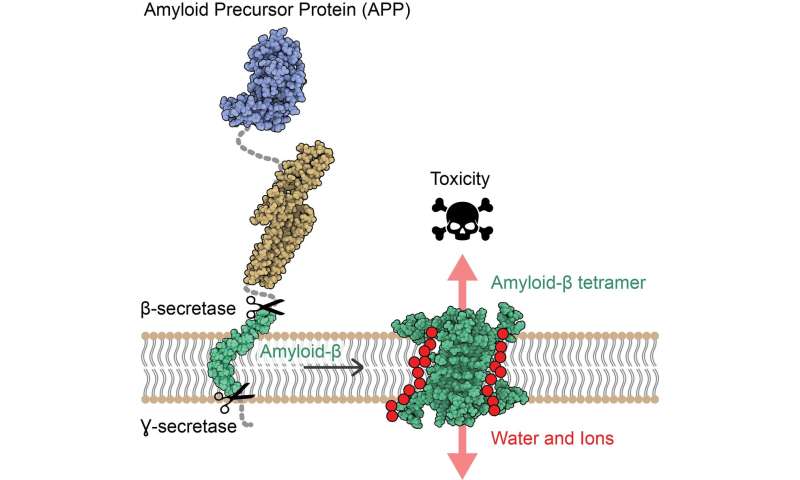 The brains of people suffering from Alzheimer’s disease (AD) are slowly and inescapably being depleted of neurons, which leads to the characteristic loss of memory and cognitive function associated with this condition. However, the cause of neuronal death is still unknown. The treatments available are aimed at slowing down the development of dementia and only help to improve quality of life for short periods. Therefore, treatments to cure AD are an unmet medical need.

Researchers led by Natalia Carulla, IRB Barcelona Alumni, former group leader at the Institut Européen de Chimie et Biologie (IECB) in Bordeaux, and currently project manager at Grup CIEF have revealed for the first time the atomic structure of amyloid-beta (Aβ) protein assemblies. The knowledge of this structure reveals a new mechanism of toxicity for these assemblies, with the capacity to disrupt the neuronal membrane, allowing water and ions to pass through it and causing the death of these cells. Several studies have proposed that the interaction of the Aβ protein with the neuronal membrane is responsible for the neuronal death observed in AD. However, the Aβ protein is a difficult therapeutic target because it is “sticky” and self-assembles, adopting distinct shapes and sizes.

“Knowing the features that characterize these protein ensembles, such as the number of molecules that make them and the shape they adopt, is crucial to design effective therapeutic strategies that target the forms of Aβ ensembles responsible for the neurotoxicity in AD,” Carulla explains.

An in vitro approach to ensure stable Aβ forms

To tackle the instability of the conformations, the team first studied the Aβ protein in vitro—in simplified model systems that mimic the neuronal membrane—to develop conditions to prepare stable Aβ forms of uniform composition and shape. Once the compositions had been identified, they studied their structure and mode of neurotoxicity, establishing a 3-D arrangement of all the atoms making up the Aβ ensemble.

“Our study suggests that some Aβ associations can perforate the membrane of neurons, alter their osmotic equilibrium, and consequently trigger their death,” say Sonia Ciudad and Eduard Puig, first authors of the paper. Ciudad is an IRB Barcelona Alumni, currently R&D scientist at Biokit, a Werfen Company; Puig is now a postdoctoral fellow in the Research Unit on Asymmetric Synthesis at IRB Barcelona.

This study has highlighted two Aβ protein ensembles, one formed by four Aβ proteins and the other by eight, whose arrangement has the capacity to disrupt cell membrane, proposing them as candidates for causing neurodegeneration in AD.