Home » Health News » A couple's therapist watched the 'To All The Boys' sequel. She's 'team Peter' because she found John Ambrose manipulative. 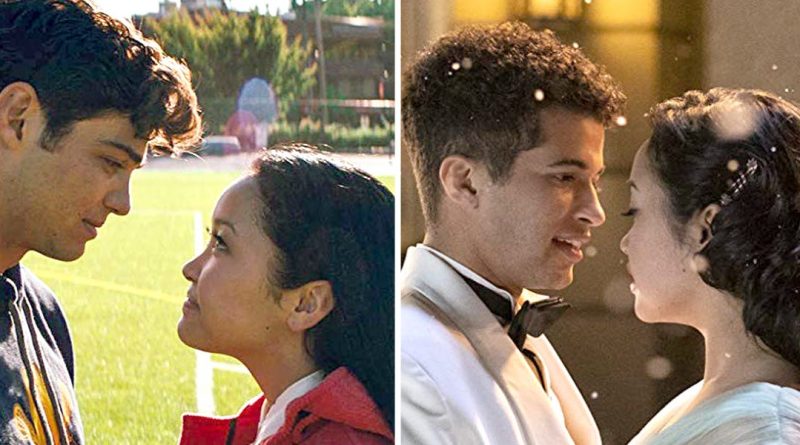 Editor's note: This post contains spoilers for the movie "To All the Boys I Loved Before: P.S. I Still Love You."

The love triangle at the center of the "To All the Boys" sequel is, unexpectedly, a topic of debate among fans, who are torn over whether protagonist Lara Jean should have ended up with her boyfriend Peter Kavinsky or old flame John Ambrose at the movie's end. Even the movie's star actors have gotten in on the debate.

For the uninitiated, "To All the Boys: P.S. I Still Love You" picks up where the first movie left off, with high schooler Lara Jean Covey (Lana Condor) dating Peter Kavinsky (Noah Centineo). In the first movie, Lara Jean originally pretended to date Peter as a cover up for her crush on her sister's boyfriend, and Peter dated Lara Jean to make his ex-girlfriend Genevieve jealous, but soon they developed feelings for each other and decided to date without pretenses.

In the sequel, Lara Jean deals with mixed emotions when John Ambrose (Jordan Fisher), her middle school crush, comes back into her life when they happen to volunteer at the same nursing home. Although Lara Jean loves her Peter, she's torn between him and what could've been with John Ambrose before he moved away and out of her life.

Despite a kiss Lara Jean shares with John Ambrose, she ultimately decides to stay with Peter and work on her own insecurities that had her questioning their relationship in the first place.

According to Kelly Scott, a couple's therapist at Tribeca Therapy, Lara Jean made the right decision in working on her existing relationship with Peter rather than running from it with John Ambrose.

Lara Jean had an idealized image of John Ambrose

When it came to Lara Jean's complicated feelings about Peter and John Ambrose, Scott said she's seen similar lines of thinking in her own real-life patients.

"People can idealize what they don't have or what they aren't experiencing," Scott told Insider, and let those grass-is-greener thoughts influence how they perceive their existing relationship. She said that, in her experience, this typically happens when a person has an emotional need that isn't being met, or when a couple is dealing with a rough patch in their relationship.

In Lara Jean's case, she was feeling insecure about her relationship with Peter because she'd never dated someone before, while Peter had more experience than her. Lara Jean was constantly worried she was acting incorrectly and that her dating inexperience would eventually result in Peter leaving her for his ex.

When John Ambrose came back into Lara Jean's life, then, she said the relationship felt easier and more natural than hers with Peter. According to Scott, this had more to do with Lara Jean's own insecurities.

"When you're attracted to another person, it really means that you need to do some hard looking at your current situation and understand why the other person is so attractive to you," Scott said.

For Lara Jean, part of her newfound attraction to John Ambrose came from the fact she didn't have to confront her relationship insecurities like she did with Peter.

Scott also said that, to her, John Ambrose came off as manipulative because he didn't give Lara Jean the chance to explain her complicated feelings towards him, and instead wasted no time amping up the romantic tension between them.

When Lara Jean asked John Ambrose to give her back the love letter she'd written him years ago because she didn't remember what she said in it, he only said she could look at the letter if she promised to give it back after. John Ambrose didn't seem interested in learning why Lara Jean cared so much about her past words, but if he'd inquired, he may have learned Lara Jean was dating Peter.

"He's so full steam ahead with her that there's no space for her to say, 'Oh, actually I have a boyfriend,' or, 'Actually I'm not looking at this relationship the same way as you are,'" Scott said. "There was just no space for her to have an experience other than his."

Peter, on the other hand, showed sensitivity

In contrast to her impression of John Ambrose, Scott said she was a huge fan of Peter in the movie because his actions and words portrayed emotional vulnerability.

During the aquarium breakup scene, for example, Lara Jean asked Peter if he wanted the necklace back that he'd given to her, and he said "I guess," while looking extremely heartbroken over what was happening.

"Yu could tell that like he definitely didn't want the necklace back, you know? That that moment in particular was like really poignant for me because it felt really emotionally honest," Scott said.

Peter's emotional availability and genuine nature signified a healthier relationship than the one Lara Jean had with John Ambrose, because he came off as more phony and self-serving, Scott said.

For that reason, she was happy to see Lara Jean squash her personal insecurities and choose Peter.