Home » Health News » 9-Year-Old Girl Dies in Her Sleep 3 Days After Testing Positive for COVID: ‘Our Family Is Shattered’ 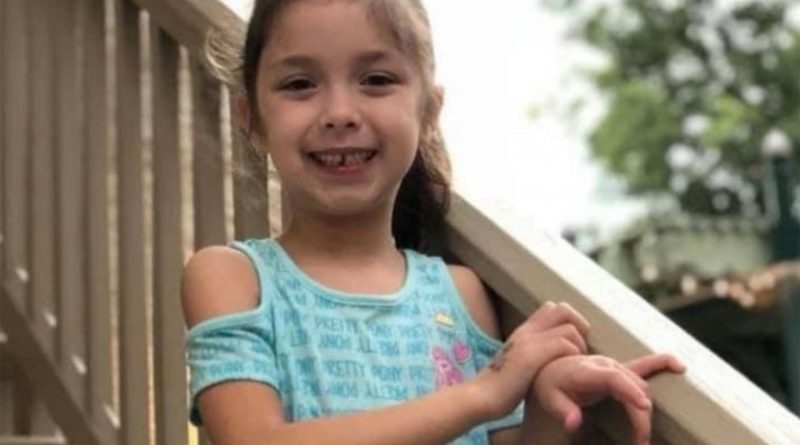 The family of a 9-year-old girl is "shattered" after she suddenly died in her sleep, just three days after testing positive for COVID-19.

"Kenzie was complaining about a really bad headache and then they took her temperature and she had a fever," her aunt, Victoria Southworth, told KSAT.

Makenzie's mom, Kristle, took her to a medical center later that day to get tested for COVID-19, strep and the flu. While the strep and flu tests came back negative, the COVID-19 test was positive.

Makenzie, who had no preexisting conditions other than being a little small for her age, the family told Today, was experiencing just mild symptoms and no respiratory problems.

"The doctors told my sister-in-law [to] take her home and to make her comfortable, to monitor her fever, and if it got over a certain point, or if there were any other major issues that occurred, to go ahead and bring her back to the hospital," another aunt, Erica Gongora, told the outlet.

Throughout the weekend, Makenzie's family monitored her closely. She said at times that she wasn't feeling well and started vomiting at one point, but otherwise "seemed to be recuperating," Southworth told KSAT.

On Monday night, Makenzie told her mom that she was very tired and that her stomach hurt, and went to bed early. Shortly after midnight, Makenzie died.

The family is waiting on an autopsy to better understand her cause of death.

"Hopefully that's going to give us the answer as to whether or not this was completely COVID related, or exacerbated by COVID or nothing to do with COVID," Southworth told Today.

And Makenzie's sudden death, when COVID-19 is typically milder for young children, has left her doctors "baffled," Erica said.

"We want to get answers as to why she was taken so quickly from us," Southworth said to KSAT.

As they wait for more information, Southworth has set up a GoFundMe for funeral and medical expenses, and any income loss as Makenzie's parents and her sister, 8-year-old Sophia, mourn her death.

Southworth wrote that the family is "shattered" by the loss of Makenzie, a "soft-spoken, tender-hearted, sweet" girl. Her mother Kristle is a frontline medical worker, Southworth said, and Makenzie's father Nathan is a twice-deployed Army member. He and Sophia, who is just 11 months younger, both tested positive after Makenzie, and the family wants to make sure that they don't lose both daughters to COVID-19.

"They were inseparable, best friends who were supposed to grow up side-by-side," Southworth wrote.

Southworth and Erica are sharing Makenzie's story to show how the virus can affect kids.

"We want to raise awareness because whatever it is that caused this, there just needs to be a general change in the way that people approach children and COVID," Southworth said.

As information about the coronavirus pandemic rapidly changes, PEOPLE is committed to providing the most recent data in our coverage. Some of the information in this story may have changed after publication. For the latest on COVID-19, readers are encouraged to use online resources from the CDC, WHO and local public health departments. PEOPLE has partnered with GoFundMe to raise money for the COVID-19 Relief Fund, a GoFundMe.org fundraiser to support everything from frontline responders to families in need, as well as organizations helping communities. For more information or to donate, click here.