Cold and flu season presents a battleground for teachers trying to keep their students – and themselves – healthy by encouraging hygiene among notoriously resistant kids.

They had all 17 members of their third grade class handle slices of bread with clean, unwashed and hand sanitizer-disinfected hands. They also compared those to a piece that was wiped on a class laptop and another that was untouched.

After a month, the germs had done their dirtiest, splotching the bread that was touched with dirty hands in green white and yellow mold, turning nearly the entire laptop-wiped slice a deep, gross aquamarine and even dotting an edge of the hand sanitizer bread in rings of orange, yellow and blue.

Only the untouched, control bread was essentially pristine, but the bread the students touched after washing their hands with soap and water was the clear next best thing. 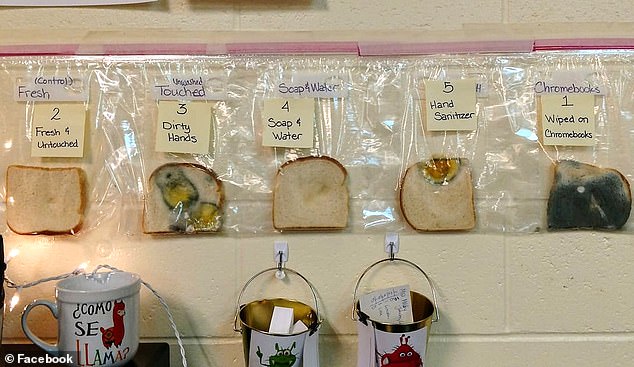 A month after they were exposed to third graders’ hands that were washed, unwashed or sanitized and wiped on a classroom laptop, all but the bread touched with washed hands (4) and not touched at all (2) were covered in gross mold

Every year as the flu sweeps the US, 20 percent of Americans fall ill.

Children are particularly susceptible to some strains of the virus because their immune systems are still meeting and developing defenses to previously unfamiliar viruses and bacteria.

And they can easily spread germs to the other children and adults around them.

The same is true of norovirus – sometimes called the ‘winter vomiting sickness’ – which has sickened so many kids at two US schools this season that the schools had to close down to be disinfected.

Even hand sanitizer didn’t kill enough germs to prevent mold from growing on this slice of bread (left). Dirty hands left the slice of bread ‘disgusting’ and covered in multicolored mold splotches (center). Soap and water was by far the best way to clean hands, and even after a month the bread had just barely started to show signs of mold (right) 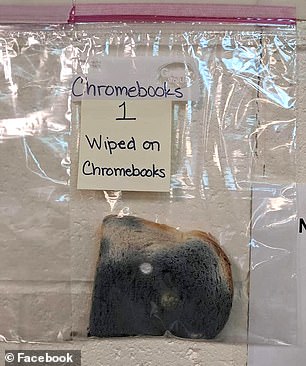 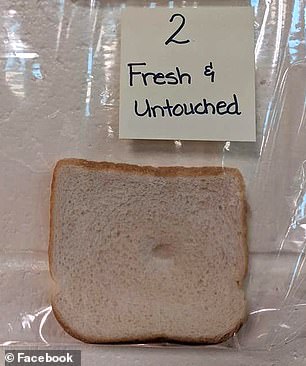 Clearly many germs had built up on the class’s laptop, causing the slice of bread wiped on it to turn nearly black (left) Only the completely untouched, fresh piece of bread was free of mold

For flu, the vaccine can give you a shot at immunity.

But if you’re around strains of the virus the shot doesn’t work against, any of the other 200 viruses that cause the common cold or other bacteria, the Centers for Disease Control and Prevention and teachers everywhere urge that hand washing is your best bet for keeping illnesses from spreading.

‘And hand sanitizer is not an alternative to washing hands!! At all!’ Jaralee noted after seeing the gross results of her class’s experiment.

When it’s 60 percent alcohol, hand sanitizer can kill many germs – but it’s not substitute for good old fashioned soap and warm water. 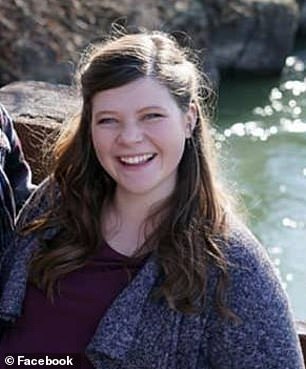 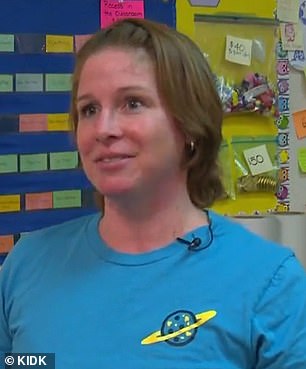 ‘This is DISGUSTING,’ wrote behavioral specialist Jaralee Metcalf in her viral Facebook post about the experiment (left). Teacher Dayna Robertson (right) hopes the experiment will remind the kids and adults alike to wash their hands to prevent cold and flu from spreading

That’s because it’s not just the germ-killing power of soap that makes hand-washing effective, but the mechanical removal of viruses and bacteria from the skin.

Its effectiveness was plain to see on he slice of bread that even after being handled and stashed for a month had only just begun to get a little white mold in its center.

And the laptop-rubbed bread was a sobering reminder that our surfaces need to be cleaned regularly, too, as they’re clearly teeming with nasty germs.