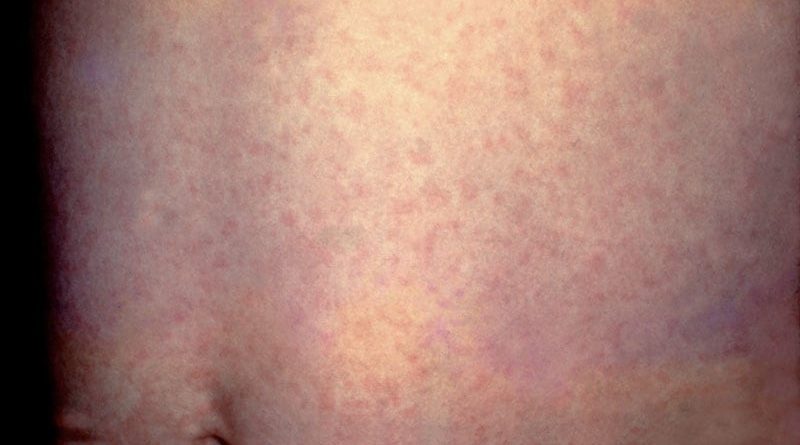 Before the onslaught of COVID-19, researchers at the Fred Hutchinson Cancer Research Center in Seattle had another infectious disease worry: an “unprecedented” outbreak of measles.

“In 2019, we saw the most measles cases in any year since the 1990s,” said Sara Marquis, MPH, a clinical research coordinator at the center. The worry, she says, was that various oncology treatments, such as bone marrow transplantations and assorted biologics, “may leave cancer patients severely immunosuppressed” and thus vulnerable to infectious diseases.

Measles-related illness is typically not severe but can lead to pneumonia, deafness, and death, even in immunocompetent people, Marquis added.

So in 2019, a team at Fred Hutchinson initiated a study to get a sense of immunity to measles among patients with cancer.

They now report that of a group of 900-plus patients, 25% lacked protective antibodies for measles. That’s “significantly more” than the general population, in which about 8% of people lack these antibodies, Marquis said.

The study, published online in JAMA Network Open, also found that 38% lacked protection against the less worrisome infectious disease of mumps, which is more than the 13% found in the general population.

“The scary thing about measles is that it is one of the most contagious diseases known,” Marquis told Medscape Medical News, adding that it is about twice as contagious as the COVID-19 Delta variant.

And it’s not just in the state of Washington. “We’re seeing it more and more in the community,” as various outbreaks continue to happen, she said.

“Deficits in protective antibodies underscore patients’ increased risk during outbreaks and emphasize the need for community-based efforts to increase herd immunity to protect this population,” the study authors conclude.

In short, administration of the measles-mumps-rubella (MMR) vaccine, introduced in 1963, must continue universally, they said

“We’ve had so many incredible advances in cancer treatment in recent years…it would be devastating to see something like measles, which is a vaccine preventable disease, come through and negate those efforts,” said study coauthor Elizabeth Krantz, MS, a biostatistician at Fred Hutchinson.

The healthcare teams and family caregivers of patients with cancer should also make sure they are vaccinated, said Marquis. However, some patients may not be able to get a measles booster vaccine because it is a live vaccine or because they cannot generate enough antibodies for it to be protective, she explained.

The new study, which is one of the first to measure measles and mumps seroprevalence among patients with cancer in the modern era of cancer treatment, also identified three subgroups that more commonly had immunity deficits:  those aged 30 to 59 years; those with hematologic malignant neoplasms, and those who had received a hematopoietic cell transplant.

In the study, residual clinical plasma samples were obtained from 959 consecutive patients with cancer at Seattle Cancer Care Alliance and Fred Hutchinson in August 2019. These samples were tested for measles and mumps IgG by using a commercial enzyme-linked immunosorbent assay. In all, 60% of patients had a solid tumor and 40% had a blood cancer.

A study author explained why the study included mumps, a less threatening infection.

“We assessed mumps in this study out of interest to compare response in the MMR vaccine component — particularly as we could assess a potent vaccine (measles) vs one that has a weaker immunologic response (mumps). We remain worried about outbreaks of mumps as MMR vaccination rates drop across the U.S.,” wrote Steven Pergam, MD, MPH, infectious disease specialist at Fred Hutchinson, in an email to Medscape Medical News.

Vaccination vigilance is one of the study’s messages. “We all need to do our part to make sure we are up to date with our vaccinations so we can make sure we protect those who are vulnerable,” said Krantz.

The study was funded by the National Cancer Institute and Seattle Cancer Care Alliance. Multiple study authors have ties to pharmaceutical companies.

Nick Mulcahy is an  award-winning  senior journalist for Medscape, focusing on oncology, and can be reached at  [email protected]  and on Twitter:  @MulcahyNick